Students can read the important questions given below for Government Budget and Economy Class 12 Economics. All Government Budget and Economy Class 12 Notes and questions with solutions have been prepared based on the latest syllabus and examination guidelines issued by CBSE, NCERT and KVS. You should read all notes provided by us and Class 12 Economics Important Questions provided for all chapters to get better marks in examinations. Economics Question Bank Class 12 is available on our website for free download in PDF.

Question. What is Govt. Budget?
Ans : The term budget has been derived from the French word ‘Bougett’ which refers to ‘a small bag’. A govt. budget is an annual statement of estimated receipts & expenditure of the govt. during a financial year.

Question. Explain the objectives of Govt. Budget.
Ans : The govt. prepares budget with the following objectives:

2. Economic Stability is another objective of budgetary policy of the govt. During the period of depression & inflation, govt. adopts the policy of deficit & surplus budgeting respectively. The govt. adopts certain policies through budget to save the economy from the clutches of business cycles. The economic stability is indispensable for the stimulation of savings & investment which further raises the level of economic growth & development.

3. Economic Growth is one of the important objectives of the govt. budget. Government prepares such a favorable budget which can create conducive  onditions to raise the level of savings & investment on which the economic growth of a country depends.

4. Economic Equality is another important objective of govt. budget as economic disparity is inherent in any economic system which is politically &bsocially   undesirable for a healthy nation. In order to curb the economic inequality to a socially acceptable level, fiscal policy play as an effective instrument through which the govt.
exercise, with the help of taxation & expenditure, in redistribution of income & wealth in the economy. This helps to bring social & economic justice which is an important element of any welfare state.

Question. Define the term Deficit Financing & state its sources.
Ans : It refers to the financing of the budgetary deficits. The sources are expansion in money supply, i.e. the Central Bank may print money equal to the deficit against of treasury bills of the govt., & secondly by borrowing from the public through market loans. It is a very common instrument to finance the deficit if the govt. budget. Usually it is used by the govt. in India, as every year the budgetary deficit is on rise. The deficit financing can be also done by borrowing from the abroad, which may be burdensome in the future. It is used as the best alternative in the less developed countries because in these countries the people cannot be highly taxed.

Question. There has been constant rise in price of sugar overtime. What measure would you support to bring down the prices?
Ans. Using measures of budgetary policy, government can try to fix prices at a lower level by incurring expenditure through subsides which would reduce cost of production and hence the prices. If the government does not want to add to its expenditure on subsidies, then it should ensure availability of sugar at reasonable prices through its fair price shops. In the situations of emergency, buffer stocks may also be used.

Developmental expenditure refers to the expenditure on those items which are directly related to economic and social development of the economy. For  xample, expenditure on capital assets, infrastructure, railways, posts, telecommunication, education, health, social welfare, scientific research etc. This  xpenditure directly contributes to the flow of goods and services.

Non-Developmental expenditure includes the expenditure on those heads which are not productive & give any returns to the economy viz. defence &  dministrations, natural calamity, interest payments, tax collections, old age pensions & unemployed allowances etc. Although, it does not contribute to the national income but it is not to be considered as unimportant as it lubricates the wheels of economic development i.e. it creates the conducive conditions in the functioning of the process of economic development.

Question. What is capital budget?
Ans. Capital budget contains the details of the capital receipts and capital expenditure of the government.

Question. What is tax?
Ans. A tax is a compulsory payment imposed by the government on public or firms.

Question. Define a direct tax. Give two example of direct tax?
Ans. When liability to pay a tax and the burden of that tax lies on the same person, it is called direct tax. e.g., income tax and corporate tax.

Question. Define indirect tax. Give two examples of indirect taxes?
Ans. When liability to pay a tax is on one person and the burden of the tax falls on same other person, it is called indirect tax e.g., sales tax and excise duties. 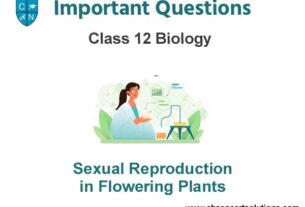