Students can read the important questions given below for Determination of Income and Employment Class 12 Economics. All Determination of Income and Employment Class 12 Notes and questions with solutions have been prepared based on the latest syllabus and examination guidelines issued by CBSE, NCERT and KVS. You should read all notes provided by us and Class 12 Economics Important Questions provided for all chapters to get better marks in examinations. Economics Question Bank Class 12 is available on our website for free download in PDF.

Important Questions of Determination of Income and Employment Class 12

Question. What is the aggregate demand ?
Ans. The demand for all the final goods and services in economy during year.

Question. What is the relation between APC and APS?
Ans. APC+APS=1

Question. What is the relation between MPC and MPS?
Ans. MPS+MPC=1.

Question. What is meant by investment?
Ans. Investment means addition to the stock of capital good, in the nature of structures, equipment or inventory.

Question. Give the formula of investment multiplier in terms of MPC.
Ans. K=1/1-MPC

Question. What can be the minimum value of investment multiplier?
Ans. One.

Question. What is the maximum value of investment multiplier?
Ans. Infinity.

Question. Give the equation of consumption function?.
Ans. C= a + by.

Question . “Marginal propensity to consume falls with successive increase in the level of income.” It is always true?
Ans. This may be true if there is equitable distribution of income. A rational consumer always attempts to save more as his income increases, but if bigger part of national income is concentrated in a few hands, the marginal propensity to consume will be high for a poor person as he needs to spends more to fulfill his basic requirements.

Question. State the causes of excess demand/inflation.
Ans. 1. Excess of Money supply due to excess expenditure by the Government & excess credit creation by the Commercial Banks. 2. Excess of Exports over Imports which leads to scarcity in the domestic supply of essential goods.
2. Tax Evasion by the household & firms.
3. Hoarding & Black marketing of the essential goods by the traders.
4. Due to low market rate of interest.
5. Due to Cyclical fluctuations.

Question.  Define the term Aggregate Supply.
Ans. It refers to the total production of commodities in the economy at a given point of time which is measured in terms of value added or the total income generated. It also refers to the disposable income which consist of two components viz, consumption & saving. Since AS = Y, therefore, AS = C + S

Question. Define the meaning of Deflationary gap? And measure to correct it.
Ans. It is the economic situation when Aggregate demand is less than Aggregate supply corresponding to the full employment level of output. Measures to correct it:
a- Fiscal tools:
1-Increase govt. expenditures.
2- Decrease the taxes
b- Monetary tools:
1-Decrease in –CRR, SLR, REPO, REVERSE REPO.
2- Purchase of bonds and securities in open market operation
3- Decrease in debt margin.

Question. What is Inflationary gap or excess demand? State measures to correct it.
Ans. It is the economic situation when Aggregate demand is more than Aggregate supply corresponding to the full employment level of output.
Measures to correct it:
a- Fiscal tools:
1-decrease govt. expenditures.
2- Increase the taxes
b- Monetary tools:
1-Increase in –CRR, SLR, REPO, REVERSE REPO.
2- sell of bonds and securities in open market operation
3- increase in debt margin.

Question. Explain the role of the following in correcting ’Excess demand in an Economy’
1. Bank Rate
2. Open market
Ans. 1. To Correct excess demand central bank can rise the bank rate. This forces commercial bank to increase lending rates. This reduces demand for borrowing by the public for investment and consumption. Aggregate demand falls.
2. When there is excess demand Central Bank sells securities. This leads to flow of money out of the commercial banks to the central bank when people make payment by cheques. This reduces deposits with the banks leading to decline in their lending capacity. Borrowing decline. AD declines.

Q. What are Ex-ante savings?
Ans. Ex-ante savings refers to the amount of savings which savers plan to save at different levels of income in an economy.

Question. Define the term Saving Function or propensity to save.
Ans. It refers to the functional relationship between saving & level of income, S = f (Y). In other words, it is the tendency of the households to save at a given level of income.

Q. What is the impact of excess demand?
Ans. Excess demand leads to inflation without any increase in output and employment as economy is already operating at the full employment level.

Question. Explain the determinants of Investment. There are three important determinants of Investment viz.
Ans. i) Revenue from Investment (ROI): Revenue from investment or expected returns implies the prospective yield of the capital invested. The enterprises would undertake an investment project to increase the production capacity only when that generates the additional revenue.
ii) Cost of Investment: Cost of investment implies supply price of capital asset, and the rate of interest on the loan money borrowed for the purchase of the asset. Higher the cost, lower will be the investment.
iii) Business expectations: which implies the enterprises to speculate in the future gains which are uncertain, and is prompted by bullish expectations i.e. the expectation of prices to go up.

Question. Define the term Aggregate Supply.
Ans. It refers to the total production of commodities in the economy at a given point of time which is measured in terms of value added or the total income generated. It also refers to the disposable income which consist of two components viz, consumption & saving.
Since AS = Y, therefore, AS = C + S

Question. State the causes of deficient demand/deflation.
Ans. 1. Lack of Money supply due to curtailed expenditure by the Government & less credit creation by the Commercial Banks.
2. Excess of imports over exports which leads to excess of availability of essential goods.
3. Excess of production by the enterprises due to improper planning and wrong estimation.
4. Due to high market rate of interest. 5. Due to depression prevailing in the economy.

Question Quantitative Methods or General methods, which refer to the control of quantity of money supply through credit control. The following instruments are used in quantitative method:
Ans.A) Bank Rate Policy: It refers to the rate of interest charged by the Central Bank on the loans & advances given to the Commercial Banks. The Bank Rate is determined by the Central Bank itself. The rise in BR leads to rise in rate of interest which affects the savings & demand for loans. During the excess demand situation, the CB raises the BR which leads to rise in rate of interest. This leads to raise the savings & reduce the demand for loans. Consequently, there is a fall in purchasing power & further fall in AD.

B) Open Market Operations: It refers to the process to sale & purchase of securities by the CB in the economy. During the excess demand situation, the CB sells the bonds & securities in the market which is purchased by the banks, individuals and other financial institutions of the economy. This helps in wiping out the excess of money  supply from the society & further there is a fall in purchasing power of the people.
Consequently, the AD falls, this helps in reducing the price level. During the deficient demand situation, the CB purchases the securities of different institutions which induce the inflow of money sully in the economy. This further leads to rise in money supply & thus there is rise in AD.

Qualitative Measures:
1. Regulation of Margin Requirements: The margin requirements refers to the difference between current value of the security offered for loans and the value of loans granted. In case of inflationary tendencies in an industry, the CB will raise the margin requirement so as to restrict the flow of credit, & vice versa in case of deflationary situation in an industry.

2. Rationing of Credit: The fixation of credit quota for different industries is called as rationing of credit. In order to restrict the flow of credit for speculative activities in a sector, the CB will introduce rationing credit. The quota limits fixed in granting loans by the CB cannot be exceeded by the Commercial Banks.

3. Moral Suasion & Direct Action: In case of inflationary or deflationary situations, the CB may issue directives with a view to control the flow of credit. The advices of the CB are generally accepted by the Commercial Banks for expanding or contracting credit. In case the commercial banks do not comply with the directives, the CB may initiate direct action against the member banks.

Q. What is full employment?
Ans. Full employment refers to a situation in which all those people, who are willing and able
to work at the existing wage rate, get work. 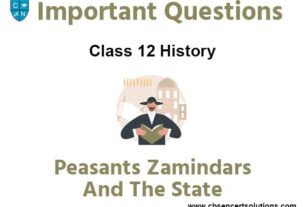 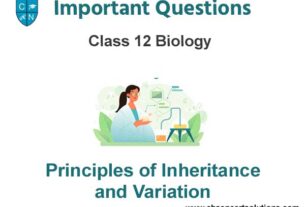