1. Direction Read the following passage and answer the questions that follows

Netiquette is a combination of the words network and etiquette and is defined as a set of rules for  acceptable online behaviour. Similarly, online ethics focuses on the acceptable use of online resources in an online social environment. Netiquette exists to help people to communicate more effectively whilst online, and to avoid unnecessary misunderstandings and potential conflicts. Without a sound understanding of netiquette you run the risk of displaying abusive or cyber bullying type behaviour without even being aware of it. Netiquette is a new word and concept for some of us, but a basic understanding of netiquette is important for everybody that uses the internet.

(ii) Which of the following is/are rule(s) for netiquette?
(a) Respect people’s privacy
(b) Don’t be sarcastic
(c) Respect other’s views
(d) All of these

What should a person do on hearing the fire alarm at workplace?
Ans. A person should perform the following steps on hearing the fire alarm at workplace
♦ Close all the windows, doors and switch of non-essential services.
♦ Walk to the nearest assembly point.
♦ Follow the emergency signs.
♦ Escape routes should be lit by emergency lighting so that people can use them safely if an emergency occurs.
♦ Don’t re-enter the building until permission is given by the person in charge of the evacuation.
♦ If the fire is small, but only if you are trained to do so use fire extinguishers to attempt to put the fire out.

3. State the advantages of a database.
Ans. The advantages of a database are as follows Sharing of Data Different users can use the same database to access the data according to their needs.
Avoids data Redundancy Data redundancy means duplication of data. It avoids duplication of data and  ensures that there is only one instance of certain data.
Highly Securable Database can be secured by assigning a lock to it by using keys.
Confidentiality The DBMS can ensure different views for the different users of the database. This keeps the confidentiality of the data safe.

4. Define the terms field, record and file.
Ans. Fields A column within a table that contains only one type of information is called a field. For example, Name, Address, Date of Birth and Phone Number are different field names.
Record A set of various fields is called a record. All the information in the table in various columns represents a record. For example, the information entered under the fields, Name, Address, Date of Birth and Phone Number indicate the record of students.
File A file is a collection of related records.

5. Explain the advantages of networking.
Ans. The advantages of networking are as follows:
(i) User Communication Network allows users to communicate using emails, social networking sites, video conferencing, etc.
(ii) File Sharing By using networking, data or information can be shared or transferred from one computer to another.
(iii) Media and Entertainment Most of the companies and TV channels use network to broadcast audio and video including live radio and television programmes.
(iv) Hardware Sharing Hardware components such as printers, scanners, etc. can also be shared.
For example, instead of purchasing 10 printers, one printer can be purchased and shared among multiple  users thus saving cost.

Define the following terms
(i) Switch
(ii) Hub
Ans. (i) Switch A switch is a device which connectsmultiple communication lines together. It is used to create temporary connections between two or more devices linked to switch.
(ii) Hub A hub is a central device in a network that provides common connection among the computers or nodes. It is used in star topology.

7. What are the myths about entrepreneurship?
Ans. The myths about entrepreneurship are as follows
(i) It is easy to start a business In reality, starting a successful business is a very difficult and challenging process. The rate of failure of new ventures is high. Even after a period of seven years, only one third of the enterprises are profitable. However, it is relatively easy to start a very small business than a large company.
(ii) Lots of money is needed to start a new business A business can be started with limited money. For example, Infosys Technology was started with only `10,000. In the beginning you can hire space and equipment.
(iii) A startup cannot borrow frombanks Under various schemes like MUDRA, budding entrepreneurs also can raise loans from banks.
(iv) Talent is more important than industry The nature of industry an entrepreneur chooses has a great effect on success and growth. For example, if you enter an industry wherein competition is cut throat or materials are scarce, you may fail.
(v) Most startups are successful A large percentage of startups fail. The average profit of an owner anaged firm is `20,000 per month. Very few entrepreneurs earn more than employees.

Explain the role of an entrepreneur as an enterprising man and the person who reinvents organisation.
Ans. Enterprising man A business does not get started by itself. It is the entrepreneur who takes the risks and is willing to face devastating failure. He braves uncertainty, strikes out on his own, and through native wit, devotion to duty, and singleness of purpose, somehow creates business and industrial activity where none existed before. His values and activities have become integral to corporate culture.
Person who reinvents organisation An entrepreneur continuously works to reinvent his organisation. He knows that change is a constant in and around his organisation. They initiate changes. Paul Wilken  observes, “Entrepreneurship is a discontinuous phenomenon, appearing to initiate changes in the  production process and then disappearing until it reappears to initiate another change.” Thus, entrepreneurs reinvent organisations by the spirit of change and danger.

8. Explain DDL and TCL in terms of database.
Ans. Data Definition Language (DDL) This command enables you to perform the following tasks
♦ Create, alter, and drop schema objects
♦ Grant and revoke privileges and roles
♦ Add comments to the data dictionary
The CREATE, ALTER and DROP commands require exclusive access to the object being acted upon. For  example, an ALTER TABLE command fails if another user has an open transaction on the specified table.
Transaction Control Language (TCL) Transaction control commands manage changes made by DML  commands. These SQL commands are used for managing changes affecting the data. These commands are COMMIT, ROLLBACK and SAVEPOINT. 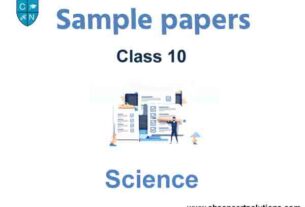 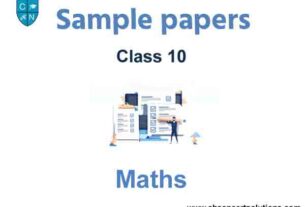