✱ Position of Hydrogen in Periodic Table
➣ Lightest element known having atomic number 1.
➣ Dihydrogen
➣ It resembles both alkali metals and halogens and therefore, its position is anomalous.
➣ In modern periodic table it is located separately
➣ Resemblance with alkali metals:-

✱ Difference from halogens:-
1) Less tendency for hydride formation: Hydrogen has less tendency to take up electron to form hydride ion (H-) as compared to the halogens which from halide ions (X-) very easily.
2) Absence of unshared pairs of electrons :
3) Nature of oxides: The oxides of halogens are acidic while hydrogen oxide is neutral.

✱ Occurrence of Hydrogen:
➣ Hydrogen, the most abundant element in the universe and the third most abundant on the surface of the globe, is being visualised as the major future source of energy

✱ Preparation:
✱ Methods for commercial production of dihydrogen
1. Electrolysis of water

➣ The hydrogen prepared by this method is of very high purity. However, this method is not commonly used because it is very expensive. This method is can be used only at those places where the electricity is cheap.

➣ Since the mixture of CO and H2 is used for the synthesis of methanol and a number of hydrocarbons, it is also called synthesis gas or syn gas.
➣ The process of producing syn gas from coal or coke is called coal gasification

✱ Properties of Hydrogen:-
✱ Physical Properties:-
1) It is slightly soluble in water (about 2 %)
2) It is highly combustible and therefore should be handled carefully.
3) It lightest substance. The weight of one litre hydrogen at NTP is only 0.0899 g.

➣ Metals like Pt, Pd, Ni (elements of d block) form interstitial hydrides by absorbing large volume of hydrogen. Such hydrogen is called ‘occluded hydrogen and this property of adsorption of a gas by a metal is called occlusion.
(iii) Reaction with metal oxides:- Hydrogen reduces oxides of less active metals to corresponding metal

(b) Hydroformylation of olefins to aldehydes: Hydroformilation or Oxo process

(c) Hydrogenation of oils:- Vegetable oils are polyun-saturated in nature. The C =C bonds in oils can easily undergo oxidation and the oil becomes rancid i.e., unpleasant in taste. Hydrogenation reduces the number of double bonds but
completely.

✱ Uses of Hydrogen:-it itused ..
1. as a reducing agent.
2. In the manufacture of vanaspati fat, ammonia, metal hydrides, methanol, fertilizers such as urea etc.
3. In the manufacture of synthetic petrol.
4. In the atomic hydrogen torch and oxy hydrogen torches for cutting and welding. Dihydrogen is dissociated with the help of an electric arc and the hydrogen atoms produced are allowed to recombine on the surface to be welded. High temperature of about 4000 k is generated.
5. In the fuel cell for generating electrical energy.

✱ Ortho and parahydrogens :- A molecules of dihydrogen ……. abc

✱ Atomic hydrogen:-
➣ Because of high H—H bond enthalpy, atomic hydrogen is produced only at high temp in an electric arc or under ultraviolet radiation.

➣ Highly reactive.
➣ Half life period is 0.3 sec and therefore, it immediately gets converted into the molecular form liberating a large amount of energy which is used for cutting and welding purposes.

✱ Nascent hydrogen:- The hydrogen produced in contact with the substance to be reduced is known as ‘nascent hydrogen’. It is very reactive form of hydrogen Better reducing agent than ordinary dihydrogen.
✱ Hydrides:- Under certain conditions H2 combines with almost all the elements ,except noble gases to form compounds called hydrides.

➣ There are three types of hydrides ,they are
(i) Ionic or saline hydrides
(ii) Covalent or molecular hydrides (iii) Metallic or non-stoichiometric hydrides

(i) Ionic or saline hydrides:-
➣ These are the compounds of H2 formed with most of the s-block elements which are highly electro positive.
(ii) Covalent or molecular hydrides:-These are the compounds of hydrogen formed with most of the p-block elements
[a] Electron deficient:- The hydrides which do not have sufficient number of electrons to form normal covalent bonds is called electron deficient hydride.
For example, hydride of group 13 (BH3, AlH3, etc.).They are known as Lewis acids i.e., electron acceptors. To make up their deficiency they generally exist in polymeric forms such as B2H6, Al2H6, etc.
[b] Electron precise:- The hydrides which have sufficient number of electrons required for forming covalent bonds is called electron precise hydride.
For example, hydrides of group 14 (CH4, SiH4, GeH4, SnH4, PbH4 etc.) they have tetrahedral geometry.
[c] Electron rich hydrides:-The hydrides which have excess electrons as required to form normal covalent bonds is called electron rich hydride.
For example, hydrides of group 15 to 17 (NH3, PH3, H2O, H2S, H2Se, H2Te, HF etc.)
(iii) Metallic or non-stoichiometric hydrides:-
➣ These are formed by many d-block and f-block elements
➣ These hydrides conducts heat and electricity though not efficient.

✱ Water: – Water! It is the major part of all living organisms. water is also known as the river of life.
➣ Human body has about 65%and some plants have as much as 95%water.

✱ Structure Of Water:-
➣ In a gas phase water is bent molecule with a bond angle of 104.5 and O-H bond length of 95.7pm It is highly polar molecule.

✱ Structure of ice:-Ice has a highly ordered 3D hydrogen bonded structure. Each oxygen atom is surrounded tetrahedrally by four other four other oxygen atoms at a distance of 276 pm

(i) Temporary hardness
➣ Due to presence of soluble bicarbonates of calcium and magnesium.
➣ Can be removed by simple boiling.

✱ Removal of temporary hardness:-
(i) By boiling :

(iii) By organic ion exchanger or synthetic resins (ion exchange resins):-
➣ Synthetic resins are the insoluble polymeric solids having giant hydrocarbon network containing reactive acidic or basic groups. These are superior to Zeolite because they can remove all types of cations as well as anions present in
water. This resulting water is known as demineralised or deionised water.

➣ These are two types:

(a) Cation exchanger resins: they have acidic groups such as COOH or SO3H.
they may be represented as resin —H+

➣ Barium sulphate is filtered off leaving behind H2O2 .
Store of Hydrogen peroxide:-
a) Itmust be kept in wax lined coloured bottles because the rough glass surface causes its decomposition.
b) A small amount of phosphoric acid , glycerol or acetanilide is generally added which retard the decomposition of H H2O2 . These are also called negative catalysts.

✱ Physical properties of Hydrogen peroxide:-
1. In the pure state H2O2 is an almost colourless(very pale blue) liquid.
2. H2O2 is miscible with water in allproportions and forms a hydrate H2O2 .H2O (mp 221K).
3. A 30% solution of H2O2 is marketedas ‘100 volume’ hydrogen peroxide. It means thatone millilitre of 30% H2O2 solution will give 100 Vof oxygen at STP. Commercially, it is marketedas 10 V, which means it contains 3%  H2O2 .

Hydrogen economy (Hydrogen as fuel)
☞ The electricity cannot be stored to run automobiles. It is not possible to store and transport nuclear energy. Hydrogen is an alternative source of energy and hence called as ‘hydrogen economy’. Hydrogen has some advantages as fuel
☞ Available in abundance in combined form as water.
☞ On combustion produces H2O. Hence pollution free.
☞ H2 – O2 fuel cell give more power.
☞ Excellent reducing agent. Therefore can be used as substitute of carbon in reduction for processes in industry.

☞ Transportation:
☞ Hydrogen gas is explosive and hence it is difficult to store and transport.
☞ Formation of hydrogen from H2O:
☞ The cheaper production of the hydrogen is basic requirement of hydrogen economy which is not possible now.
☞ The main aim and advantage of hydrogen economy is to transmit energy in four of hydrogen.

Question. Can we use concentrated sulphuric acid and pure zinc in the preparation of dihydrogen?
Ans. (a) Conc. H2SO4 cannot be used because it acts as oxidizing agent also and gets reduced to SO2.
Zn + dil H2SO4 ZnSO4 + 2H2O + SO2
(b) Pure Zn is not used because it is non-porous and reaction will be slow. The impurities in Zn help in constitute of electrochemical couple and speed up reaction.

Question. Hard water is unsuitable for laundry, washing and dyeing. Explain.
Ans. since we know that the soap are the sodium salts of higher fatty acids like stearic acid (C17H35COOH), oleic acid (C1

Question. Compare the structures of H2O and H2O2.
Ans. In water, O atom is sp3hybridised and there are two O—H bonds and two sp3 hybrid orbitals occupy lone pairs of electrons. Due to stronger lone pair-lone pair repulsions than bond pair-bond pair repulsions, the H-O-H bond 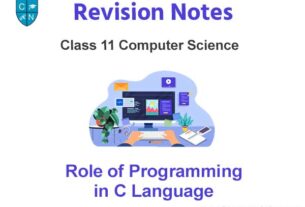 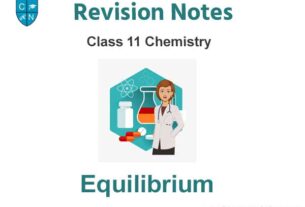 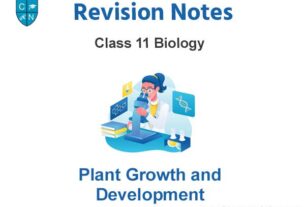