Question. Which one of the following National Highways passes through Maharashtra, Chhattisgarh and Orissa?
(a) NH 4
(b) NH 5
(c) NH 6
(d) NH 7

Question. In which one of the following places is the headquarters of the North-Eastern Railway located?
(a) Guwahati
(b) Gorakhpur
(c) Kolkata
(d) Bhubaneswar

Question. Where is the old and over 2 km-long ‘Pamban Railway Bridge’, which attracts tourists from all over the country?
(a) Nilgiris
(b) Krishna delta
(c) Palk straits
(d) Malabar coast

Question. Consider the following statements:
1. The boundaries of a National Park are defined by legislation.
2. A Biosphere Reserve is declared to conserve a few specific species of flora and fauna.
3. In a Wildlife Sanctuary, limited biotic interference is permitted.
Which of the statements given above is/are correct?
(a) 1 only
(b) 2 and 3 only
(c) 1 and 3 only
(d) 1, 2 and 3

Question. Which one of the following statements on biosphere reserves is not correct?
(a) In 1973, UNESCO launched a worldwide programme on man and biosphere
(b) Biosphere reserves promote research on ecological conservation
(c) Nanda Devi Biosphere Reserve is located in Madhya Pradesh
(d) Biosphere reserves are multipurpose protected areas to preserve the genetic diversity in ecosystems

Question. Consider the following statements
1. Jim Corbett National Park is the oldest National Park of India.
2. It was one of the nine Tiger Reserves created at the launch of the Project Tiger in 1973.
3. Initially it was named as ‘Haile National Park’.
Which of the statements given above are correct?
(a) I and II
(b) I, II and III
(c) II and III
(d) I and III

Question. Which one of the following is NOT the port town of Gujarat ?
(a) Jamnagar
(b) Okha
(c) Porbandar
(d) Verval

Question. The position of Indian Railways network in the world is
(a) second
(b) third
(c) fourth
(d) fifth

Question. Two important rivers – one with its source in Jharkhand (and known by a different name in Odisha), and another, with its source in Odisha – merge at a place only a short distance  rom the coast of Bay of Bengal before flowing into the sea. This is an important site of wildlife and biodiversity and a protected area. Which one of the following could be this?
(a) Bhitarkanika
(b) Chandipur-on-sea
(c) Gopalpur-on-sea
(d) Simlipal

Question. The ‘Grand Trunk Road’ connects:
(a) Kolkata and Mumbai
(b) Delhi and Chennai
(c) Kolkata and Amritsar
(d) Tirupati and Ludhiana

Question. Which one is not located on National Highway-2 (NH-2)?
(a) Aurangabad
(b) Sasaram
(c) Mohania
(d) Patna

Question. Which of the following towns is not on the “Golden Quadrilateral” being created for the roads infrastructure of the country ?
(a) Chennai
(b) Hyderabad
(c) Vishakhapatnam
(d) Bhubhaneshwar

Question. Which from the following towns is not on the “Golden Quadrilateral” being created for the roads-infrastructure of the country?
(a) Ajmer
(b) Ahmedabad
(c) Jabalpur
(d) Gaya

Question. With reference to National Highways Development Project (NHDP), consider the following statements:
1. Belgaum and Nellore lie on the Golden Quadrilateral.
2. Vadodara and Jhansi lie on the East – West Corridor.
3. Ambala and Kanpur lie on the North – South Corridor.
Which of these statements is/are correct ?
(a) 1, 2 and 3
(b) 2 and 3
(c) 1 and 2
(d) 1 only

Question. Among the following cities, which one is at the highest altitude above mean sea level?
(a) Bangalore
(b) Delhi
(c) Jodhpur
(d) Nagpur 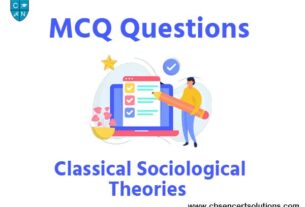