Refer below for MCQ Class 10 English Madam Rides The Bus with solutions. Solve questions and compare with the answers provided below

(A) “Day after day she watched the bus, and gradually a tiny wish crept into her head and grew there: she wanted to ride on that bus, even if it was just once. This wish became stronger, until it was an overwhelming desire. Valli would stare wistfully at the people who got on and off the bus when it stood at the street corner. Their faces would kindle in her longings, dreams, and hopes. If one of her friends happened to ride the bus and tried to describe the sights of the town to her. Valli would be jealous to listen and would shout, in English: “Proud! Proud!”

i Valli would stare wistfully at the people as she
i) had been watching the bus for a long time.
j) was inspired by the people travelling on the bus.
k) had a strong desire to take a ride on the bus.
l) envied the people who could travel on the bus.

ii Pick the option that shows the list of words that collocate with ‘overwhelming’ (e.g. overwhelming desire)

iii ‘Valli would be jealous to listen…’ This indicates Valli’s
a) longing to ride the bus.
e) nature as an envious person.
f) denial to accept her situation.
g) inclination to trouble travellers.

(B) “‘Yes, I’m travelling alone,” she answered curtly. And I’ve got a ticket too.’ ‘Yes she’s on her way to town,’ said the conductor. ‘With a thirty paise ticket.’ ‘Oh, why don’t you mind your own business,’ said Valli. But she laughed all the same, and the conductor laughed too. But the old woman went on with her drivel. ‘Is it proper for such a young person to travel alone? Do you know exactly where you’re going in town? What’s the street? What’s the house number? ‘You needn’t bother about me. I can take care of myself,’ Valli said, turning her face towards the window and staring out.”

i. Pick the option that matches the expressions with ‘mind’ correctly.

iii The old woman went on with her drivel. Why is the word ‘drivel’ used here?
It is used to show that the old woman
a) was talking incessantly.
b) kept muttering a lot of nonsense.
c) was volunteering advice on request.
d) spoke non-stop about herself.

iv The old woman asked her questions
a) due to anxiety about Valli travelling alone.
b) out of curiosity and concern for Valli.
c) interest in Valli’s life and need for travel.
d) due to the habit of interfering in Valli’s life.

v How do you think Valli felt when the old woman asked her questions? Pick the option that best describes her feelings.

We hope you liked MCQ Class 10 English Madam Rides The Bus with answers provided above. Incase you have any questions please post them in the comments section below and our English teachers will provide a response. 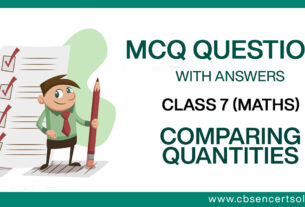 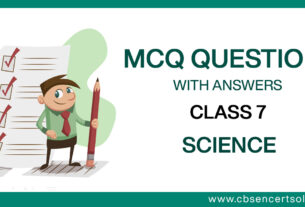