Students can read the important questions given below for National Income Accounting Class 12 Economics. All National Income Accounting Class 12 Notes and questions with solutions have been prepared based on the latest syllabus and examination guidelines issued by CBSE, NCERT and KVS. You should read all notes provided by us and Class 12 Economics Important Questions provided for all chapters to get better marks in examinations. Economics Question Bank Class 12 is available on our website for free download in PDF.

Question. What is meant by capital goods?
Ans. Capital goods are those goods which are used in the process of production for several years and which are of high value. These goods are fixed assets of the producers.

Question. What is fixed investment?
Ans. Fixed investment refers to increase in the stock of fixed assets or capital goods (like plant and machinery) of the producers during an accounting year.

Question. Define intermediate goods.
Ans : Intermediate goods are those goods which are within the boundary line of production and not ready for use by their final users. These goods are purchase for further sale or are to be use as raw material by the producers.

Question. What is meant by producer goods?
Ans. Producer goods are those goods which are used for further production. These may be used either as raw material(like wood used in making chair) or as fixed assets (like a tractor in farming).

Question. Define money flow.
Ans. Money flow refers to the flow of money (in term of receipts and payment) across different sectors of the economy. It is called money flow because it involves the flow of money value from one sector to the other. Thus, producers make sector payment to the households and household make payment to the producers (for the purchase of goods and services) in term of money.

Question. What is meant by transfer payment?
Ans. Transfer payment (or transfer expenditure) are all those unilateral payment corresponding to which there is no value addition in the economy.

Question. What is meant by nominal GDP?
Ans. Nominal GDP refers to market value of the final goods and services produced

Question. Define Production.
Ans: Production is the process of converting inputs into outputs or value added to the raw materials.

Question. Define consumption.
Ans: The process of using up utility of goods and services for direct satisfaction of individual or collective human wants is called Consumption.

Question. Define Good.
Ans: In economics, a good is defined as any physical object, natural or manmade, or service rendered, that could command a price in the market.

Question. Define final goods.
Ans: Goods and services purchased, or own produced, for the purpose of consumption and investment are final goods.

Question. Define Stocks.
Ans: Variables whose magnitude is measured at a particular point of time are called stock variables.

Question. Define Flow.
Ans: Variables whose magnitude is measured over a period of time are called flow variables.

Question. Define the term National Income.
Ans : It can be defined as the net value of all final goods & services produced by the normal residents in the domestic territory of a country in an accounting year (NVAFC), and adding net factor income from abroad (NFIA).NI= NVAFC + NFIA

Question. Who are Normal Residents?
Ans : This refers to those individuals & institutions who normally reside in a country for more than one year, and whose centre of economic interest lies in that country.

Question. Briefly explain the concept of Depreciation or Consumption of Fixed Capital (CFC).
Ans : It refers to the loss of value of fixed assets due to normal wear & tear.

Question. Briefly explain the concept of Net Indirect Tax.
Ans : It refers to the difference between Indirect Tax paid by the enterprises to the Govt. & the Subsidies paid by the Govt. to some of the enterprises. This concept is used to obtain the national income at factor cost or factor prices. The NIT is deducted from market price (MP) to get factor cost (FC).Indirect Tax is the amount of burden whose impact falls on one person or a group and the incidence falls on other person or group. Subsidies refer to the financial assistance or aid provided by the state to the weak & sick units.

Question. Define the following Concepts of Value of Output.
Ans : 1. Intermediate Cost / Consumption is defined as the expenditure incurred on raw materials, fuel, semi-finished goods & other inputs by the firms to produce final products. It is the sum of purchase of raw materials & fuel purchased in domestic market & abroad (Import of raw materials). This amount has to be deducted from GVO to obtain GDPMP, as the intermediate expenditure is not estimated in the estimation of NI to avoid the problem of double counting.
2. Final sales are the sum of domestic sales & sales made in abroad (Exports) & production for self-consumption.
3. Change in Stock is defined as the difference between Closing Stock & Opening Stock. Closing stock is the stock of raw materials, semi-finished goods, unsold finished goods been held by the enterprises; strategic materials &food grains held by the govt. agencies; & the livestock held by the animal husbandry, been estimated in the end of an accounting year i.e. 31st of March of a year.
Opening stock is the same estimated in the beginning on an accounting year i.e. 1st of April of a year.

Question. Explain the methods of measuring NI. Also state their precautions.
Ans : There are three methods to measure NI which is based on the principle of equality between income, expenditure & production. These methods are i) Value Added or Product or Output method; ii) Income method; iii) Expenditure or Commodity Flow method.
1. Value Added Method: By value added we mean the money value of final products produced by the normal residents in the domestic territory of a country. It is the difference between Value of Output & Intermediate Cost. Thus, VA = VO – IC This method is based on the production of the country in a year. The following steps can be enumerated to explain this method:
i) Firstly we identify the production units & classify them into three economic sectors viz. primary, secondary & tertiary sectors.
ii) Then we estimate the money value of total production in each & every units, we get GVO.
iii) Thirdly, we calculate the IC in every unit & deduct IC from VO to obtain VA, & after summing the VA of all the units, we get GVAMP / GDPMP.
iv) Next we deduct CFC & NIT from GVAMP, we get NVAFC.
v) Finally, we add NFIA to NVAFC to get NI/NNPFC.
Precautions: – The following precautions are required while using this method, viz.
i) The value of intermediate goods should not be included, rather the value of only the final products to be included. Otherwise, the problem of double counting may arise.
ii) The value of second hand goods is not to be included since the value of this goods have been already valuated in the NI of those years when these goods have been manufactured & sold.
iii) The value of illegal goods to be excluded because these goods have no legal sanction or authority to be produced or sold.
iv) The value of leisure items & non market goods not to be included because it is difficult to keep accountability of these goods, & moreover, these goods are
produced with not the motive of earning income.
v) The value of transfer payments are to be excluded because these transactions do not contribute in the flow of income & product, rather these are transfer of ownerships.
2. Income Method: According to this method, the factor incomes have to be estimated, & then, after adding the total factor incomes generated in the domestic territory, we get domestic income. The domestic income is then has to be added to NFIA, we obtain NI. The following steps can be followed to measure NI by this method:
i) Firstly, the factor incomes have to be identified & then classify them into CE, OS & MISE.
ii) Then we add the total factor incomes generated in the domestic territory i.e. CE + OS + MISE, we get domestic income (NVAFC).
iii) Finally we add the domestic income to the NFIA, we get NI. Precautions: The following precautions have to be considered while measuring NI by this method:
a) The transfer incomes are not to be included because these transactions do not contribute to the flow of national production. For e.g., tax, gifts, donations, scholarships etc.
b) The incomes derived from illegal sources are not to be included since the illegal activities are not backed by the legal sanction. For e.g., gambling,  muggling, theft & loot etc.
c) The incomes received after selling second hand goods are not to be included but the commission earned by the broker is to be included because it is a factor income.
d) The income derived from leisure time activities is not to be included because it is difficult to determine the actual price of leisure time goods.
e) The income earned by selling shares is also not to be included since this is considered as the transfer income because these transactions are mere transfer of ownership of assets.
3. Expenditure Method: According to this method, NI is evaluated by estimating the final expenditure incurred by different economic units’ viz. household, govt. & the enterprises. The following steps are to be followed:
i) At first, the sources of final expenditure have to identified & classify them into Private Final Consumption Expenditure (PFCE), Govt. Final Consumption Expenditure (GFCE), Gross Domestic Capital Formation (GDCF),& Net Exports (XM).
ii) Then we estimate the above four components of final expenditure incurred in the domestic territory in an year & add all the four components, we get  DPMP.
iii) Next, we deduct CFC & NIT from GDPMP, we get NDPFC.
iv) Finally, we add NFIA to NDPFC, we get NI.
Precautions: The following precautions are to be taken:
a). The expenditure on intermediate goods are not to be estimated, otherwise it may lead to problem of double counting. We must make sure that we are not including the intermediate expenditure.

Question. Differentiate between Real & Nominal GDP.
Ans : Nominal GDP is estimated at current price ie the market values of the prevailing year, while Real GDP is estimated at constant(base)price. Nominal GDP is helpful to measure the price fluctuations while Real GDP helps to measure & compare the economic growth & performance. The nominal GDP is so called because it reflects the growth of output in monetary terms as it includes price effect, whereas real GDP reflect the growth of output in real/physical terms & does not include the price effect.

Question. Which one is a better indicator of economic growth & why?
Ans : Real GDP as it does not include the price effect on the growth of output.

Question. Differentiate between stock & flow.
Ans : Stock refers to those variables which are measurable at a given point of time while flow refers to those variables which are measurable during a given a period of time. In this way, stock is static while flow is dynamic. Stock has no time dimension while flow has. For eg. Wealth is stock while income is flow, capital is stock while capital formation is flow. 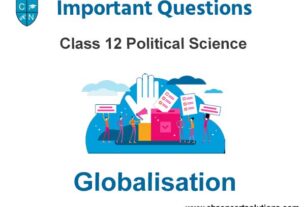