Question. Explain the term crowding.
OR
State the features of experiencing crowding.
Ans. Crowding is the person’s reaction to the presence of a large number of persons within a particular area or apace. When this number goes beyond a certain level, it becomes an
environmental stressor and causes stress to individuals in that situation.
The experience of crowding causes
– a feeling of discomfort,
– loss or decrease in privacy,
– negative view of the space around the person and
– feeling of loss of control over social interaction.
For example, 15 people squeezing on 4 seats in a railway compartment experience crowding but the same 15 people in a marriage party do not experience crowding.

Question. What do you understand by the term environment?
Ans. The word ‘environment’ refers to all that is around us, literally everything that surrounds us including the physical, social, work and cultural environment.

Question. What is discrimination?
OR
Explain discrimination in the context of poverty.
Ans. (i) Discrimination refers to behaviour due to prejudice, which makes a distinction between rich and the poor, favouring the rich and advantaged over the poor and the disadvantaged. Distinction is seen in matters of interaction, education and employment.
(ii) Thus, even if the poor or disadvantaged have the capability, they are kept away from opportunities that are enjoyed by the rest of society. The children of the poor do not get a chance to study in good schools, or get good health facilities, and employment.
In short, poverty and discrimination are related in such a way that discrimination becomes both a cause and a consequence of poverty.

Question. What is poverty cycle?
Ans. Poverty cycle in which poverty begets poverty explains why poverty continues among the same sections of society. Due to low income and lack of resources, the poor go through low health and nutrition, lack of education and lack of skills. This leads to low employment opportunities, which, in turn, continue their low-income condition, and low health and nutrition status. The resulting lowered motivational level only makes the situation worse; the cycle starts and continues again.

Question. State the strategies for reducing aggression and violence.
Ans. The following are the various ways of reducing aggression and violence:
(i) Parents and teachers should not encourage or reward aggression in any form.
(ii) Opportunities to observe or imitate aggressive models should be reduced drastically.
(iii) Imparting social justice and equality in society may help in reducing frustration and hence reduce aggression.
(iv) A positive attitude towards peace should be inculcated.

Question. State some of the psychological features of environmental design of Built Environment.
Ans. Human beings have shown creativity in the built environment as shown in:
(i) The creativity of the human mind as expressed in the work of architects, town planners and civil engineers.
(ii) The sense of human control as shown in building of dams to regulate the natural flow of rivers.
(iii) The work of architects as shown in the distance maintained between houses in the colony, location of rooms within a home, the arrangement of work-desks in a school or seats in an office.

Question. What do you understand by the term ‘disaster’? List the symptoms of post-traumatic stress disorder. How can it be remedied?
Ans. The effects of natural disasters such as tsunamis, floods, cyclones and volcanic eruptions are:
(i) They leave people poverty-stricken, homeless, without any resources, usually with a loss of everything they owned.
(ii) The sudden loss of all their belongingness as well as their dear ones leaves people shocked and stunned.This causes a disorder called Post Traumatic Stress Disorder (PTSD). The features of PTSD are:
(i) People become disoriented by denying to themselves that something terrible has happened.
(ii) Physical reactions such as difficulty in sleeping, change in the eating pattern, increased heart-beat and blood pressure and getting startled easily is found among the victims.
(iii) Emotional reactions such as grief and fear, irritability, anger, helplessness, depression,sometimes absolute lack of emotion, guilt feelings for having survived while someone else in the family died, blaming oneself, and lack of interest in even routine activities.
(iv) Cognitive reactions such as worry, difficulty in concentration, reduced span of attention, confusion, loss of memory, unwanted vivid memories or nightmares of the event.
(v) Social reactions, such as withdrawal from others, getting into conflict with others,having frequent arguments with even loved ones and feeling rejected or left out.

Intensity of reaction in PTSD is affected by:
(i) Severity of the disorder and loss incurred both in terms of property and life.
(ii) Individual’s general coping ability.
(iii) Stressful experiences before the disaster. For example, people who have experienced stress before may find it more difficult to deal with yet another difficult and stressful situation.
The measures taken to avoid devastating consequences of traumatic events are:
(i) Warnings: When some natural disaster such as a flood is likely or cyclones or high tide is predicted, fishermen are asked not to venture into the sea.
(ii) Safety measures: Tips are given beforehand. For example, what to do when there is an earthquake.
(iii) Treatment of psychological disorders
(a) This involves providing material relief in the form of food, clothing, medical help, shelter and financial help.
(b) The next step involves counselling by encouraging the victims to talk about their experiences and emotional state. This can be done by providing psychiatric help to those showing extreme stress reactions.
(c) Rehabilitation in the form of employment and a gradual return to normal routine should be undertaken.
(d) Last but not the least, follow-up of the victims and survivors is needed to ensure that they have indeed recovered sufficiently from their traumatic experience.

Question. Distinguish between ‘instrumental aggression’ and ‘hostile aggression’. Suggest some strategies to reduce aggression and violence.
Ans. Instrumental aggression is an act of aggression meant to obtain a certain goal or object.
For example, a bully slaps a new student in school to snatch his chocolate.Hostile aggression is expression of anger causing harm but not to obtain anything from the victim. For example, a criminal may beat up a person in the community for mentioning his name to the police.
The following are the various ways of reducing aggression and violence:
(i) Parents and teachers should not encourage or reward aggression in any form.
(ii) Opportunities to observe or imitate aggressive models should be reduced drastically.
(iii) Imparting social justice and equality in society may help in reducing frustration and hence reduce aggression.
(iv) A positive attitude towards peace should be inculcated.

Question. How humans influence environment?
Ans. Human beings influence environment by the following ways:
(i) They have started building houses by changing natural environment for shelter.
(ii) Use of appliances such as refrigerators and ACs generate gases that pollute air which might cause deadly diseases such as cancer.
(iii) Smoking, burning of plastics and metal articles have disastrous polluting effects.
(iv) Deforestation disrupt the carbon and water cycle which affect the pattern of rainfall and increase soil erosion.
(v) Industrial wastes have negative physical and psychological consequences.
(vi) Noise pollution, crowding and natural disasters are examples of environmental stressors that create stress in human beings.

Question. Suggest the ways to promote pro-environmental behaviour.
OR
How can the environment be protected from pollution? Suggest some strategies.
OR
State promotive actions to protect environment from pollution. Enumerate the proenvironmental actions that can help protect the environment from pollutions.
Ans. Ways to promote pro-environmental behavior are:
(i) Reducing air pollution by keeping vehicles in good condition, or changing to nonfuel driven vehicles, stopping the practice of smoking.
(ii) Reducing noise pollution by discouraging needless honking on the road, making rules regarding noisy music at certain hours.
(iii) Managing disposal of garbage by encouraging separation of biodegradable waste or composting of kitchen waste. Special attention to be paid to the management of industrial and hospital waste.
(iv) Planting trees and ensuring their care.
(v) Saying ‘no’ to plastics in order to reduce toxic wastes that pollute water, air and soil.
(vi) Reducing non-biodegradable packaging of consumer goods.

Question. Mention the areas where poverty and deprivation have an adverse effect.
Ans. The effects of poverty and deprivation are:
(i) The poor have low aspirations and low achievement motivation and high need for dependence. They explain their successes in terms of luck or fate rather than anxiety or hard work.(ii) The poor and deprived have low self-esteem, are high on anxiety and introversion,dwell on the immediate present rather than the future. They prefer smaller
immediate rewards rather than larger ones. They live with a sense of hopelessness, powerlessness, feel injustice and experience a loss of identity.
(iii) The poor and deprived exhibit an attitude of resentment towards the rest of the society.
(iv) Intellectual functioning and performance on cognitive tasks is low.
(v) The poor are more likely to suffer from mental illness due to constant worries about basic necessities, feelings of insecurity and inability to get medical facilities. The poor suffer from emotional and adjustment problems due to their experience of a sense of hopelessness and loss of identity as though they do not belong to society.

Question. What are the causes of poverty?
Ans. Opinions of masses regarding the people suffering from poverty are:
(i) Poor themselves are responsible for their poverty. Poor lack the ability and motivation to put in effort and make use of available opportunities.
(ii) The belief system called ‘the culture of poverty’ convinces the person that she/he will continue to remain poor and the belief is carried from one generation of the poor to the next.
(iii) Economic, social and political factors account for poverty. Because of discrimination,certain sectors of society are denied the opportunities needed for getting even the basic necessities of life. The poor being the socially disadvantaged group experience
social injustice, deprivation and exclusion.
(iv) The geographic region is a cause of poverty. People living in deserts that have shortage of natural resources or in regions where there is harsh climate such as extreme heat or cold end up being poor.
(v) Poverty cycle in which poverty begets poverty explains why poverty continues among the same sections of society. Due to low income and lack of resources, the poor go through low health and nutrition, lack of education and lack of skills. This leads to low employment opportunities, which, in turn, continue their low income condition,and low health and nutrition status. The resulting lowered motivational level only makes the situation worse; the cycle starts and continues again.

Question. What are the causes of aggression?
Ans. The following are the causes of aggression:
(i) Inborn tendency: Aggression is an inborn tendency which may be meant for selfdefense.
(ii) Physiological mechanisms: A general physiological state of arousal or feeling activated might be expressed in the form of aggression.
(iii) Child-rearing: Children whose parents use physical punishment may become angry and show resentment and hence more aggressive than children whose parents use other disciplinary techniques.
(iv) Frustration: People in frustrated situations show more aggression than those who are not frustrated. In an experiment children are frustrated by preventing them from getting attractive toys that are visible through a screen. These children are found to be more destructive than those children who are allowed to access the toys. 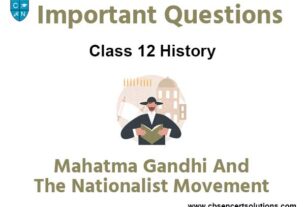 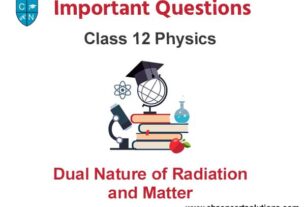