Please refer to Chemical Bonding and Molecular Structure Class 11 Chemistry notes and questions with solutions below. These revision notes and important examination questions have been prepared based on the latest Chemistry books for Class 11. You can go through the questions and solutions below which will help you to get better marks in your examinations.

3. Octet Rule – Kossel and Lewis in 1916 developed an important theory of chemical combination between atoms known as electronic theory of chemical bonding. According to this, atoms can combine either by transfer of valence electrons from one atom to another or by sharing of valence electrons in order to attain their octet. This is known as octet rule.

4. Limitations of octet rulea)
a. Incomplete octet of the central atom: In some compounds the number of electrons surrounding the central atom is less than eight. This is especially the case with elements having less than four valence electrons. Examples- LiCl ,BeCl2 , BCl3
b) Odd-electron molecules: In molecules with an odd number of electrons like nitric oxide, NO and nitrogen dioxide, the octet rule is not satisfied for all the atoms.
c) The expanded octet : Elements in and beyond the third period of the periodic table have, apart from 3s and 3p orbitals, 3d orbitals also available for bonding. In a number of compounds of these elements there are more than eight valence electrons around the central atom. This is termed as the expanded octet. Some of examples of such compounds are: PF5, SF6. d) This theory does not account for the shape of molecules.

5. Electrovalent bond or Ionic Bond: The chemical bond as result of transfer of electron from one tom(electropositive) to another atom (electronegative).Ionic bonds will be formed more easily between elements with comparatively low ionization enthalpies and elements with comparatively high negative value of electron gain enthalpy. Most ionic compounds have cations derived from metallic elements and anions from non-metallic elements.

7. Bond length is defined as the equilibrium distance between the nuclei of two bonded atoms in a molecule.

9. Bond enthalpy: It is defined as the amount of energy required to break one mole of bonds of a particular type between two atoms in a gaseous state. The unit of bond enthalpy is kJ mol–1

10. Bond Order : The Bond Order is given by the number of bonds between the two atoms in a molecule. E.g.: Bond Order of O2= 2. With increase in bond order, bond enthalpy increases and bond length decreases.

11. Resonance: According to the concept of resonance, whenever a single Lewis structure cannot describe a molecule accurately, a number of structures with similar energy, positions of nuclei, bonding and the non- bonding pairs of electrons are taken as the canonical structures of the hybrid which describes the molecule accurately

12. Polarity of bonds: In case of heteronuclear molecules like HCl, the shared pair of electron between the two atoms gets displaced more towards chlorine since the electronegativity of chlorine is far greater than that of hydrogen. The resultant covalent bond is called a polar covalent bond.

13. Dipole moment: As a result of polarization, the molecule possesses the dipole moment which can be defined as the product of charge and the distance between the centers of positive and negative charge. It is usually designated by a Greek letter ‘μ‘. Mathematically, it is expressed as follows: Dipole moment (μ ) = charge (Q) X distance of separation (r)

• Geometry Of Molecules On The Basis Of VSEPR Theory

15. Hybridization: It can be defined as the process of intermixing of the orbitals of slightly different energies so as to redistribute their energies, resulting in the formations of new set of orbitals of equivalent energies and shape.

Question: Define the bond length.
Ans: Bond length is defined as the equilibrium distance between the nuclei of two bonded atoms in a molecule.

Question: The skeletal structure of CH3COOH as shown below is correct, but some of the bonds are shown incorrectly. Write the correct Lewis structure for acetic acid.

Ans: The correct Lewis structure for acetic acid is as follows:

Question: Define octet rule.
Ans: The elements tend to adjust the arrangement of their electrons in such a way that they (except H and He) achieve eight electrons in their outermost shell. This is called octet rule.

Question: What is the total number of sigma and pi bonds in the following molecules?
(a) C2H2 (b) C2H4
Ans: there are three sigma and two pi-bonds in C2H2 .
there are five sigma bonds and one pi-bond in C2H4.

Question: Which type of bond is formed when the atoms have zero difference in electronegativity?
Ans: Covalent bond.

Question: H3PO3 can be represented by structures 1 and 2 shown below. Can these two structures be taken as the canonical forms of the resonance hybrid representing H3PO3 ? If not, give reasons for the same.

Ans: The given structures cannot be taken as the canonical forms of the resonance hybrid of H3PO3 because the positions of the atoms have changed.

Question: Define hydrogen bond. Is it weaker or stronger than the van der Waals forces?
Ans: A hydrogen bond is defined as an attractive force acting between the hydrogen attached to an electronegative atom of one molecule and an electronegative atom of a different molecule (may be of the same kind). There are two types of H-bonds:
(i) Intermolecular H-bond e.g., HF, H2O etc.
(ii) Intramolecular H-bond e.g., o-nitrophenol

Question: Explain the important aspects of resonance with reference to the CO32- ion.
Ans: According to experimental findings, all carbon to oxygen bonds in CO32- are equivalent. Hence, it is inadequate to represent CO32- ion by a single Lewis structure having two single bonds and one double bond. Therefore, carbonate ion is described as a resonance hybrid of the following
structures:

Question: Distinguish between a sigma and a pi bond.
Ans: The following are the differences between sigma and pi-bonds:

Question: Use Lewis symbols to show electron transfer between the following atoms to form cations and anions:
(a) Ca and O (c) Al and N.
Ans(a) Ca and O:
The electronic configurations of Ca and O are as follows:
Ca: 2, 8, 8, 2 O: 2, 6
Oxygen requires two electrons more to complete its octet, whereas calcium has two electrons more than the nearest noble gas i.e., Argon. Hence, the electron transfer takes place as:

(b) Al and N:
The electronic configurations of Al and N are as follows:
Al: 2, 8, 3 N: 2, 5
Nitrogen is three electrons short of the nearest noble gas (Neon), whereas aluminium has three electrons more than Neon. Hence, the electron transference can be shown as:

Question: Although both CO2 and H2O are triatomic molecules, the shape of H2O molecule is bent while that of CO2 is linear. Explain this on the basis of dipole moment.
Ans: According to experimental results, the dipole moment of carbon dioxide is zero. This is possible only if the molecule is linear so that the dipole moments of C– O bonds are equal and opposite to nullify each other.

Question: Although geometries of NH3 and H2O molecules are distorted tetrahedral, bond angle in water is less than that of ammonia. Discuss.
Ans: The molecular geometry of NH3 and H2O can be shown as:

Question: Write the significance/applications of dipole moment.
Ans: Dipole moment is the measure of the polarity of a bond. It is used to differentiate between polar and non-polar bonds since all non-polar molecules (e.g. H2, O2) have zero dipole moments. It is also helpful in calculating the percentage ionic character of a molecule.

Question: Describe the hybridisation in case of PCl5. Why are the axial bonds longer as compared to equatorial bonds?
Ans: The ground state and excited state outer electronic configurations of phosphorus (Z = 15) are:
Ground state:

Phosphorus atom is sp3d hybridized in the excited state. These orbitals are filled by the electron pairs donated by five Cl atoms as:

The five sp3d hybrid orbitals are directed towards the five corners of the trigonal bipyramidals. Hence, the geometry of PCl5 can be represented as:

Question: What is meant by the term bond order? Calculate the bond order of: N2, O2, and . O2– and . O2–
Ans: Bond order is defined as one half of the difference between the number of electrons present in the bonding and anti-bonding orbitals of a molecule.
Bond order = 1 / 2(Nb -Na )
Bond order of N2

Hence, the bond order of oxygen molecule is 2.
Similarly, the electronic configuration of O2+  can be written as:

The electronic configuration of  O2– ion will be:

Question: Draw diagrams showing the formation of a double bond and a triple bond between carbon atoms in C2H4 and C2H2 molecules.
Ans: C2H4 :The electronic configuration of C-atom in the excited state is:

Question: Explain the formation of H2 molecule on the basis of valence bond theory.
Ans: Let us assume that two hydrogen atoms (A and B) with nuclei (NA and NB) and electrons (eA and eB) are taken to undergo a reaction to form a hydrogen molecule. When A and B are at a large distance, there is no interaction between them. As they begin to approach each other, the attractive and repulsive forces start operating.
Attractive force arises between:
(a) Nucleus of one atom and its own electron i.e., NA – eA and NB– eB.
(b) Nucleus of one atom and electron of another atom i.e., NA – eB and NB– eA .
Repulsive force arises between:
(a) Electrons of two atoms i.e., eA – eB.
(b) Nuclei of two atoms i.e., NA – NB.
The force of attraction brings the two atoms together, whereas the force of repulsion tends to push them apart.

Question: Discuss the shape of the following molecules using the VSEPR model:
BeCl2, BCl3, SiCl4, AsF5, H2S, PH3
Ans: BeCl2: The central atom has no lone pair and there are two bond pairs. i.e., BeCl2 is of the type AB2. Hence, it has a linear shape.

Question: Define octet rule. Write its significance and limitations.
Ans: The octet rule or the electronic theory of chemical bonding was developed by Kossel and Lewis. According to this rule, atoms can combine either by transfer of valence electrons from one atom to another or by sharing their valence electrons in order to attain the nearest noble gas configuration by having an octet in their valence shell.

The octet rule successfully explained the formation of chemical bonds depending upon the nature of the element.
Limitations of the octet theory:
The following are the limitations of the octet rule:
(a) The rule failed to predict the shape and relative stability of molecules.
(b) It is based upon the inert nature of noble gases. However, some noble gases like xenon and krypton form compounds such as XeF2, KrF2 etc.
(c) The octet rule cannot be applied to the elements in and beyond the third period of the periodic table. The elements present in these periods have more than eight valence electrons around the central atom. For example: PF5, SF6, etc

d) The octet rule is not satisfied for all atoms in a molecule having an odd number of electrons. For example, NO and NO2 do not satisfy the octet rule.

(e) This rule cannot be applied to those compounds in which the number of electrons surrounding the central atom is less than eight. For example, LiCl, BeH2, AlCl3 etc. do not obey the octet rule

Question: Compare the relative stability of the following species and indicate their magnetic properties;
O2, O2+,O2 –(superoxide), O22- (peroxide)
Ans: There are 16 electrons in a molecule of dioxygen, 8 from each oxygen atom. The electronic configuration of oxygen molecule can be written as:

Similarly, the electronic configuration of can O2+ be written as:

Electronic configuration of O22- ion will be: 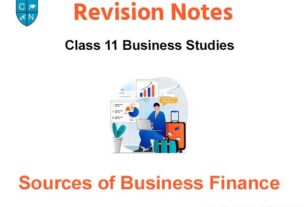 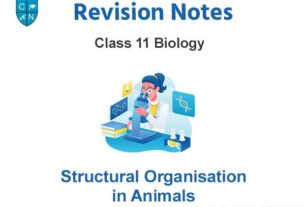 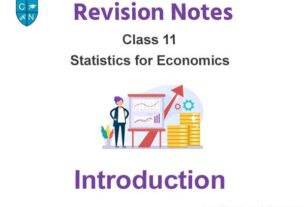