Please refer to Classification of Elements and Periodicity in Properties Class 11 Chemistry notes and questions with solutions below. These revision notes and important examination questions have been prepared based on the latest Chemistry books for Class 11. You can go through the questions and solutions below which will help you to get better marks in your examinations.

3. Mendeleev’s Periodic Law: The physical and chemical properties of elements are the periodic function of their atomic masses.

4. Mendeleev’s Periodic Table: When mendeleev started his work, 63 elements were known at that time. He selected hydrogen and oxygen as they are very reactive and formed compounds with most elements. Mendeleev’s periodic table contains vertical columns called groups and horizontal rows called periods. There were 7 periods and 8 groups. Noble gases were not known
at that time. So there was no group of noble gases. The elements in each group of the periodic tables are similar to one another in many properties. The similar properties of the elements are repeated periodically

(a).Merits of mendeleev’s classification
• Mendeleev’s periodic law predicted the existence of some elements that had not been discovered at that time
• .Could predict the properties of several elements on the basis of their position in the periodic table.
• Could accommodate noble gases when they were discovered.

5. Modern periodic law: Properties of elements are the periodic function of their atomic number.

6. Modern Periodic Table: This table was prepared was Bohr and is based upon the electronic configuration of elements. The table consists of 18 vertical columns called groups Elements having similar outer electronic configurations in their atoms are arranged in vertical columns, referred to as groups . According to the recommendation of International Union of Pure and Applied Chemistry (IUPAC), the groups are numbered from 1 to 18 and the table consists of 7 horizontal rows called periods. The first period contains 2 elements. The subsequent periods consists of 8, 8, 18, 18 and 32 elements, respectively. The seventh period is incomplete and like the sixth period would have a theoretical maximum (on the basis of quantum numbers) of 32 elements. In this form of the Periodic Table, 14 elements of both sixth and seventh periods (lanthanoids and actinoids, respectively) are placed in separate panels at the bottom

7. .Notation for IUPAC Nomenclature of Elements With Z > 100

8. We can classify the elements into four blocks viz., s-block, p-block, d-block and f-block depending on the type of atomic orbital that are being filled with electrons.

10. p-Block Elements The p-Block Elements comprise those belonging to Group 13 to 18 and these together with the s-Block Elements are called the Representative Elements or Main Group Elements. The outermost electronic configuration varies from ns2 np1 to ns2np6 in each period.

11. d-Block Elements These are the elements of Group 3 to 12 in the centre of the Periodic Table. These are characterised by the filling of inner d orbitals by electrons and are therefore referred to as d-Block Elements. These elements have the general outer electronic configuration (n-1)d1- 10ns0-2 .

12. f-Block Elements The two rows of elements at the bottom of the Periodic Table, called the Lanthanoids, Ce(Z = 58) – Lu(Z = 71) and Actinoids, Th(Z = 90) – Lr (Z = 103) are characterised by the outer electronic configuration (n-2)f1-14 (n-1)d0–1ns2. The last electron added to each element is filled in f- orbital. These two series of elements are hence called the Inner- Transition Elements (f-Block Elements).

13. Variation in Atomic Radius in Period: The atomic size generally decreases across a period It is because within the period the outer electrons are in the same valence shell and the effective nuclear charge increases as the atomic number increases resulting in the increased attraction of electrons to the nucleus.

14. Variation in Atomic Radius in Group: Within a family or vertical column of the periodic table, the atomic radius increases regularly with atomic number as). as we descend the groups, the principal quantum number (n) increases and the valence electrons are farther from the nucleus. This happens because the inner energy levels are filled with electrons, which serve to shield the outer electrons from the pull of the nucleus. Consequently the size of the atom increases as reflected in the atomic radii.

16.A cation is smaller than its parent atom because it has fewer electrons while its nuclear charge remains the same. The size of an anion will be larger than that of the parent atom because the addition of one or more electrons would result in increased repulsion among the electrons and a decrease in effective nuclear charge. For example, the ionic radius of fluoride ion (F– ) is 136 pm whereas the atomic radius of fluorine is only 64 pm. On the other hand, the atomic radius of sodium is 186 pm compared to the ionic radius of 95 pm for Na+.

17. Isoelectronic species : Atoms and ions which contain the same number of electrons.. For example, O2–, F–, Na+ and Mg2+ have the same number of electrons (10). Their radii would be different because of their different nuclear charges. The cation with the greater positive charge will have a smaller radius because of the greater attraction of the electrons to the nucleus. Anion with the greater negative charge will have the larger radius. In this case, the net repulsion of the electrons will outweigh the nuclear charge and the ion will expand in size.

19. Variation in Ionization Enthalpy in Group: As we descend in a group the first ionization enthalpy generally decreases .Because as we go down a group, the outermost electron being increasingly farther from the nucleus, there is an increased shielding of the nuclear charge by the electrons in the inner levels. In this case, increase in shielding outweighs the increasing nuclear charge and the removal of the outermost electron requires less energy down a group.

20. Variation in Ionization Enthalpy in Period: The first ionization enthalpy generally increases as we go across a period. When we move from left to right in period, successive electrons are added to orbitals in the same principal quantum level and the shielding of the nuclear charge by the inner core of electrons does not increase very much to compensate for the increased attraction of the electron to the nucleus. Thus, across a period, increasing nuclear charge outweighs the shielding. Consequently, the outermost electrons are held more and more tightly and the ionization enthalpy increases across a period

23. Electronegativity: A qualitative measure of the ability of an atom in a chemical compound to attract shared electrons to itself is called electro negativity Linus Pauling, an American scientist, in 1922 assigned arbitrarily a value of 4.0 to fluorine, the element considered to have the greatest ability to attract electrons. Electronegativity generally increases across a period from left to right (say from lithium to fluorine) and decrease down a group (say from fluorine to astatine) in the periodic table.

24. Anomalous Properties of Second Period Elements: The first element of each of the groups 1 (lithium) and 2 (beryllium) and groups 13-17 (boron to fluorine) differs in many respects from the other members of their respective group. For example, lithium unlike other alkali metals, and beryllium unlike other alkaline earth metals, form compounds with pronounced covalent character; the other members of these groups predominantly form ionic compounds. In fact the behaviour of lithium and beryllium is more similar with the second element of the Group 1, 2 ,13, 14, 15, 16 ,17. following group i.e., magnesium and aluminum, respectively. This sort of similarity is commonly referred to as diagonal relationship in the periodic properties. The anomalous behaviour is attributed to their small size, large charge/ radius ratio and high electronegativity of the elements. In addition, the first member of group has only four valence orbitals (2s and 2p) available for bonding, whereas the second member of the groups have nine valence orbitals (3s, 3p, 3d). As a consequence of this, the maximum covalency of the first member of each group is 4 (e.g., boron can only form[BF4]– , whereas the other members of the groups can expand their valence shell to accommodate more than four pairs of electrons e.g., aluminum forms [AlF6]3- ). Furthermore, the first member of p-block elements displays greater ability to form pΠ – pΠ multiple bonds to itself (e.g., C = C, C ≡ C, N = N, N ≡ N) and to other second period elements (e.g., C = O, C = N, C ≡ N, N = O) compared to subsequent members of
the same group.

Question: What the elements of a group have common among them?
Ans: They have same number of electrons in the valence shell.

Question: State the modern periodic law.
Ans: The physical and chemical properties of the elements are the periodic function of their atomic numbers.

Question: In how many groups and periods the elements in modern periodic table are classified?
Ans: In 18 groups and 7 periods.

Question: Define atomic radius.
Ans: The one-half the distance between the nuclei of two covalently bonded atoms of the same element in a molecule is called as atomic radius.

Question: Elements in the same group have equal valency. Comment on it.
Ans: Because the general outer most electronic configurations of the elements of a group remain same and they contain equal number of electrons in their respective outer most shells.

Question: What is meant by periodicity in properties of elements? What is the reason behind this?
Ans: The repetition of similar properties after regular intervals is called as periodicity. It is due to the similarity in the outer electronic configurations which gives rise to the periodic properties of the elements.

Question: Noble gases have zero electron gain enthalpy values. Explain.
Ans: Because the outer most shell of noble gases is completely filled and no more electrons can be added.

Question: How does ionisation enthalpy vary in a group and a period?
Ans: In Period- It increases from left to right
In group- It decreases down the group.

Question: What are the major differences between metals and non- metals?
Ans:

Question: How does atomic radius vary in a period and in a group? How do you explain the variation?
Ans: Atomic radius generally decreases from left to right across a period. This is because within a period, the outer electrons are present in the same valence shell and the atomic number increases from left to right across a period, resulting in an increased effective nuclear charge. As a result, the attraction of electrons to the nucleus increases.
On the other hand, the atomic radius generally increases down a group. This is because down a group, the principal quantum number (n) increases which results in an increase of the distance between the nucleus and valence electrons.

Question: The first (ΔiH1) and the second (ΔiH) ionization enthalpies (in kJ mol–1) and the (ΔegH) electron gain enthalpy (in kJ mol–1) of a few elements are given below: 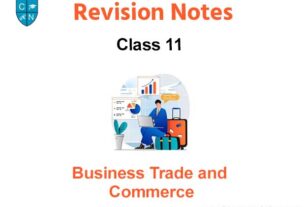 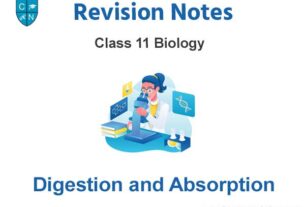 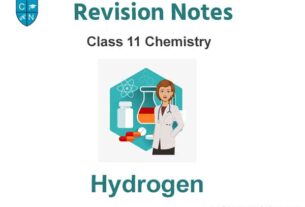