Refer below for MCQ Class 10 English The Midnight Visitor with solutions. Solve questions and compare with the answers provided below

(A) Max was slender, a little less than tall, with features that suggested slightly the crafty, pointed countenance of a fox. There was about him — aside from the gun — nothing especially menacing. “The report,” he murmured. “The report that is being brought to you tonight concerning some new missiles. I thought I would take it from you. It will be safer in my hands than in yours.” Ausable moved to an armchair and sat down heavily. “I’m going to raise the devil with the management this time, and you can bet on it,” he said grimly. “This is the second time in a month that somebody has got into my room through that nuisance of a balcony!”

i Owning a gun gave a menacing impression to Max’s character because
a) a gun is only used by police officials.
b) he was carrying it without any official license.
c) a gun has a threatening implication.
d) the gun was particularly huge.

iii Choose the part of the house through which Ausable thought Maxwell had entered his room.

iv Delnaaz is a new tenant in her locality and Mrs. Mehta is the landlady. Choose the option that lists an action that would require Mrs. Mehta to ‘raise the devil’ with Delnaaz.

vi Extra Q:
Ausable’s annoyance at the balcony when he says, “…nuisance of a balcony…” could be called fake, keeping in mind that
a) Max was the second person to enter the room through it.
b) his balcony was easy enough that anyone could break through it.
c) he later admitted that there was no balcony at all.
d) he wanted to make a spy-like impression in front of Fowler.

(B) Ausable did not fit any description of a secret agent Fowler had ever read. Following him down the musty corridor of the gloomy French hotel where Ausable had a room, Fowler felt let down. It was a small room, on the sixth and top floor, and scarcely a setting for a romantic adventure. Ausable was, for one thing, fat. Very fat. And then there was his accent. Though he spoke French and German passably, he had never altogether lost the American accent he had brought to Paris from Boston twenty years ago. “You are disappointed,” Ausable said wheezily over his shoulder.

i “Following him down the musty corridor of the gloomy French hotel where
Ausable had a room…”
Choose the correct option to replace the underlined words.
a) expansive, abnormal
b) lighted; formal
c) damp; dingy
d) uncanny; smart

ii Amy is an American woman who teaches French and German in a primary school. This means that Amy is
a) an empathetic teacher.
b) a rational human being.
c) an experienced guide.
d) a multilingual instructor.

iv The reason Fowler was disappointed by Ausable when he met him was because Ausable
a) lived in a shady French hotel.
b) was related to the cops.
c) didn’t have the personality of a spy.
d) had a very strange accent.

v Choose the option that lists the INCORRECT statements about the given passage.
1. Fowler had no expectations at all from Ausable.
2. Fowler was elated when he met Ausable.
3. Ausable was living in France as a spy.
4. Ausable had acquired the French accent over twenty years ago.
a) 1, 2
b) 3, 4
c) 1, 3
d) 2, 4

We hope you liked MCQ Class 10 English The Midnight Visitor with answers provided above. Incase you have any questions please post them in the comments section below and our English teachers will provide a response. 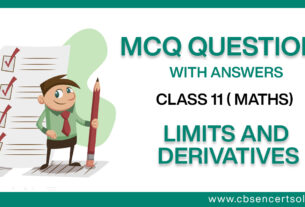 MCQ Questions for Class 11 Limits and Derivatives with Answers 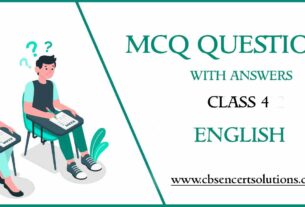