Refer below for MCQ Class 10 English Two Stories about Flying– I. His First Flight with solutions. Solve questions and compare with the answers provided below

(A) He should be lurking in shadow,
Sliding through long grass
Near the water hole
Where plump deer pass.

(A) The day before, all day long, he had watched his parents flying about with his brothers and sister, perfecting them in the art of flight, teaching them how to skim the waves and how to dive for fish. He had, in fact, seen his older brother catch his first herring and devour it, standing on a rock, while his parents circled around raising a proud cackle. And all the morning the whole family had walked about on the big plateau midway down the opposite cliff taunting him with his cowardice.

i Based on the given sentence, pick the option that corresponds to what human parents would say.
‘while his parents circled around raising a proud cackle.’
a) Well done!
b) Oh no!
c) Ready?!
d) Really!?

ii Which option lists the image nearest to ‘skim the waves’?

iii Imagine that the young gull attended a workshop on inspiration and confidence building and received a couple of pieces of advice.
Choose the option that reflects these pieces of advice, most relevant to his situation.

iv Which of the following feelings did the young gull, NOT feel according to the given context?
“…all day long, he had watched his parents flying about with his brothers and sister…”
(i) sad (ii) incompetent (iii) excluded (iv) ungrateful
(v) inspired (vi) jealous (vii) anxious
a) i, iii, vi
b) ii, v, vii
c) ii, iii, vii
d) iv, v, vi

v Select the most appropriate option for the following: devour : guzzle: : nibble : _
a) chew
b) savour
c) peck
d) gulp

(B) He just felt a bit dizzy. Then he flapped his wings once and he soared upwards. “Ga, ga, ga, Ga, ga, ga, Gaw-col-ah,” his mother swooped past him, her wings making a loud noise. He answered her with another scream. Then his father flew over him screaming.
He saw his two brothers and his sister flying around him curveting and banking and soaring and diving. Then he completely forgot that he had not always been able to fly, and commended himself to dive and soar and curve, shrieking shrilly.

i 1. Pick the most appropriate reason why the young gull felt dizzy.
a) He hadn’t eaten anything for a day.
b) He was dizzy with excitement.
c) He was wary of heights.
d) He was flying for the first time.

ii How would you describe the screams of the gulls in the given extract?
a) elation
b) bewilderment
c) shock
d) protection

iii The line “he completely forgot that he had not always been able to fly” implies the
a) great confidence the young gull had in his skills.
b) naturalness of the act of flying for the young gull.
c) satisfaction and joy of flying together as a family.
d) desire of the young gull to leave his fears behind.

v Which of the following mirrors the use of the literary device in “shrieking shrilly”?
a) sparkling saga
b) singing soft
c) slippery sloppily
d) sneeze silently

We hope you liked MCQ Class 10 English Two Stories about Flying– I. with answers provided above. Incase you have any questions please post them in the comments section below and our English teachers will provide a response. 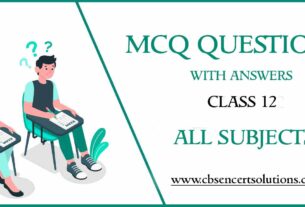 MCQ Questions for Class 12 with Answers 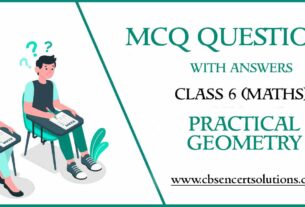 5 thoughts on “MCQ Question for Class 10 English Chapter Two Stories about Flying – I. His First Flight”