Question. What are defence mechanisms?
Ans. Human behaviour reflects an attempt to deal with or escape from anxiety. Freud described various defence mechanisms which people use to reduce anxiety by distorting reality.

Question. Explain the term ‘reaction formation’.
Ans. Reaction Formation is a type of defence mechanism in which a person defends against anxiety by adopting behaviours opposite to his or her true feelings. For e.g., a person with strong sexual urges channelises his or her energy into religious activity.

Question. What is personal identity?
Ans. Personal identity refers to those attributes of a person that make him or her different from others. For example, I am Sanjana or I am honest

Question. Explain the term social identity.
Ans. Social identity refers to those aspects of a person that link him or her to a social or cultural group. For example, he is a Hindu or an adivasi.

Question. What is ‘self-regulation’?
Ans. Self-regulation refers to our ability to organize and monitor our own behaviour. People who can change their behaviour according to demands of the external environment are
high on self-monitoring. Resistance to situational pressures and control over ourselves is possible through will-power.

Question.Describe nomination as a method of assessment.
Ans. This method is used in obtaining peer assessment. In this each person is asked to choose one or more persons of the group with whom she/he would like to work, study, play or
participate in an activity. The person may be asked to specify the reason for his or her choices.

Question. Describe the theory by Alfred Adler.
Ans. Alfred Adler is known by individual psychology in which he assumes that human behaviour is purposeful and goal-directed. Our personal goals are the sources of our motivation. In Adler’s view every individual suffers from the feelings of inadequacy and guilt i.e., inferiority complex which arise from childhood. Overcoming this complex is essential for optimal personality development.

Question. Discuss Erich Fromm’s theory of personality
Ans. Erich Fromm viewed human beings as social beings who could be understood in terms of the relationship with others. He argued that psychological qualities such as growth and realization of potentials resulted from desire for freedom and striving for justice and truth.

Question. Describe the features of personality.
Ans. Personality is characterised by the following features:
(i) It has both physical and psychological components.
(ii) Its expression in terms of behaviour is fairly unique in a given individual.
(iii) Its main features do not easily change with time.
(iv) It is dynamic in the sense that some of its features may change due to internal or external situational demands, i.e. adaptive to situations.

Question. Is personality a dynamic organization? Explain.
Ans. Dynamic means change due to internal or external demands. Allport proposed that individuals possess a number of traits which are dynamic in nature. They determine behaviour in such a manner that an individual approaches different situations with similar plans. He acknowledged that people sharing the same traits might express them in different ways, and any variation in traits would elicit a different response in the samen situation.

Question. Describe Eysenck’s theory of personality.
Ans. H. J. Eysenck proposed that personality could be reduced into three dimensions:
(i) Neuroticism vs. Emotional Stability: At one end of the dimension there are people who are neurotic who are anxious, moody, touchy, restless and quickly lose control.
At the other extreme lie people who are calm, even-tempered, reliable and remain under control.
(ii) Extraversion vs. Introversion: At one extreme are people who are outgoing, active, gregarious, impulsive and thrill-seeking while at the other end are people who are withdrawn, passive quiet, cautious and reserved.
(iii) Psychoticism vs. Sociability: A psychotic person is hostile, egocentric and antisocial.

Question. What are self-report measures? Explain three self-report measures with examples.
Ans. Self-report measures are structured measures that require subjects to give responses using some kind of rating scale. The method requires the subject to objectively report his/her feelings with respect to various items. They are scored in quantitative terms and interpreted on the basis of norms developed for the test. Some of the self-report measures are:
(i) The Minnesota Multiphase Personality Inventory (MMPI): It contains 567 statements in which the subject has to state true or false. The test is divided into 10 subsets and diagnoses depression, hysteria, psychopathology, schizophrenia, mania, social-introversion etc.
(ii) Eysenck Personality Questionnaire (EPQ): This test measures personality traits on three dimensions Introversion-Extraversion, Neuroticism-Emotional stability and Psychoticism-Sociability.
(iii) Sixteen Personality Factor Questionnaire (16 PF): This test was developed by Cattell. On the basis of his studies, he identified a large set of personality descriptors, which were subjected to factor analysis to identify the basic personality structure.
This test provides with declarative statements and the subject responds to a specific situation by choosing from a set of given alternatives.

Question. Compare the trait approaches given by Allport and Cattell to understand personality.
Ans. Allport proposed that individuals possess a number of traits, which are dynamic in nature. He categorized traits as follows:
(a) Cardinal traits: These indicate the goal around which a person’s entire life seems to revolve. For example, Mahatma Gandhi’s non-violence is identified as Gandhian trait.
(b) Central traits: These traits like warm, sincere, diligent are often used in writing a job recommendation.
(c) Secondary traits: These are least generalized characteristics such as ‘likes mangoes’ or ‘prefers ethnic clothes’.
Cattell developed a common personality structure on which a person differs. He applied a statistical technique called factor analysis to discover the common structures.
He distinguished between source traits and surface traits, source traits are stable and considered as building blocks of personality. Surface traits result out of interaction with source traits.He developed a test called 16 PF (16 Personality Factors) for the assessment of personality.

Question. Explain the techniques of behavioural analysis used in personality assessment.
OR
Describe the two procedure of behavioural analysis.
Ans. The techniques of behavioural analysis used in personality assessment are:
– Interview: This involves seeking information from a person on a one-to-one basis. This can be structured or unstructured. For example, an employer selecting employees for his/her organization.
– Observation: This involves employing systematic, organized and objective procedures to record behavioural phenomenon occurring in a natural situation. This can be participant or non-participant in nature. E.g. observing mother-child interactions.
– Behaviour ratings are used for assessment of personality in educational and industrial settings. In this, individuals are put into certain categories in terms of their behavioural qualities. These ratings have drawbacks such as halo effect, middle category bias and extreme response bias.
– Nomination: This method is used in obtaining peer assessment. In this each person is asked to choose one or more persons of the group with whom s/he would like to work, study, play or participate in an activity. The person may be asked to specify the reason for his or her choices.
– Situational Tests: The most commonly used test of this kind is the situational stress test. It involves a kind of role-playing in which a person performs a task with other persons who are non-cooperative and interfering. Thus this test provides us with information about how a person behaves under stressful situations.

Question. Differentiate between repression and regression.
Ans. In Repression anxiety-provoking behaviours or thoughts are totally dismissed by the unconscious. When people repress a feeling or desire, they become totally unaware of
that wish or desire.Regression occurs when a person’s resolution of problems at any stage of development is less than adequate. In this situation, people display behaviours typical of a less mature stage of development.

Question. Explain how projective techniques assess personality. Which projective tests of personality are widely used by psychologists?
Ans. Projective techniques were developed to assess unconscious motives and feelings. These techniques are based on the assumption that a less structured or unstructured stimulus or an ambiguous situation will allow the individual to project his/her feelings, desires and needs on to that situation. The projective tests widely used by psychologists are:
(i) Rorschach Inkblot
(ii) Thematic Apperception Test (TAT)
(iii) Rosenzweig’s Picture-Frustration Study (P-F Study)
(iv) Sentence Completion
(v) Draw-a Person Test

Question. What is trait approach to personality? How does it differ from type approach?
Ans. Trait approach focuses on the specific psychological attributes along which individuals tend to differ in consistent and stable ways. For example, an individual with extraversion traits are active, gregarious, impulsive and thrill-seeking.
Type approaches comprehend human personality by examining certain broad patterns in the observed behavioural characteristics of individuals. For example, Type-A personality possesses high motivation, lack patience, feel short of time, are in a great hurry and always feel burdened with work.

Question. How does Freud explain the structure of personality?
Ans. According to Freud, there are three structural elements of personality:
(i) Id – It deals with immediate gratification of primitive needs, sexual desires and aggressive impulses. It is based on the pleasure principle in which people seek pleasure and try to avoid pain. For example, a boy who wants an ice-cream cone,will grab the cone and eat it.
(ii) Ego – It grows out of id and seeks to satisfy an individual’s instinctual needs in accordance with reality. It works on the reality principle. For example, a boy who wants an ice-cream cone, will ask for permission to eat the cone.
(iii) Superego – The superego tells the id and ego whether gratification in a particular instance is ethical. It is the administrative division of personality. For example, a boy who wants an ice-cream cone, his superego will indicate whether his behaviour is morally correct. Obtaining the ice-cream cone will create guilt, fear or anxiety in the boy.
Unconscious is composed of these three competing forces. In some people, the id is stronger while in others it is the superego. The relative strength of the id, ego and superego determines each person’s stability. The instinctual life force that energizes the id is called libido. It works on the pleasure principle and seeks immediate gratification.

Question. What is self? How does the Indian notion of self differ from the Western notion?
Ans. Self refers to the totality of an individual’s conscious experiences, ideas, thoughts and feelings with regard to himself or herself. A newly born child has no idea about his self.
As a child grows older, the idea of self emerges and its formation begins. Parents, peer group and teachers help in formation of self. Our interaction with other people, our experiences, and the meaning we give to them, serve as the basis of our self.
Many aspects of self are linked with the characteristic features of the culture in which one lives. Analysis of self in Indian cultural context shows many features that are distinct from those found in the Western cultural context. Western cultures are characterized as individualistic, with rigid boundaries between self and others whereas Asian cultures are characterized as collectivistic with flexible boundaries between self and others.

Question. What is meant by delay of gratification? Discuss the techniques used for self-control.
Ans. Learning to delay or defer the gratification of needs is called self-control. For example, fasting in vrata or roza.
The psychological techniques of self-control are:
(i) Observation of our own behaviour: This refers to changing, modifying or strengthening certain aspects of self.
(ii) Self instruction: This refers to instructing ourselves to do something and behave accordingly.
(iii) Self-reinforcement: This involves rewarding behaviours that have pleasant consequences. For e.g., going to a movie after doing well in exams. 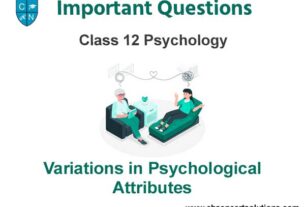 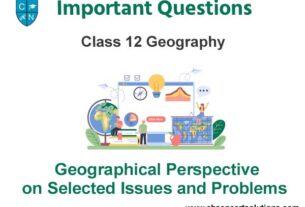 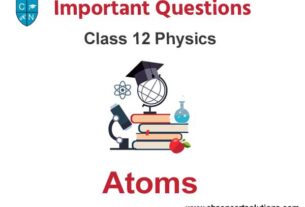