Please refer to the Case Study Questions Chapter 3 Water Resources with answers provided for Class 10 Social Science. These solved case study based questions are expected to come in the Class 10 Economics exam in the current academic year. We have provided Case study for Class 10 Social Science for all chapters here. You should practise these solved case studies to get more marks in examinations.

1. Read the source given below and answer the following questions:

Today, dams are built not just for irrigation but for electricity generation, water supply for domestic and industrial uses, flood control, recreation, inland navigation and fish breeding. Hence, dams are now referred to as multi-purpose projects where the many uses of the impounded water are integrated with one another. For example, in the Sutluj-Beas river basin, the Bhakra – Nangal project water is being used both for hydel power production and irrigation. Similarly, the Hirakud project in the Mahanadi basin integrates conservation of water with flood control. Multi-purpose projects, launched after Independence with their integrated water resources management approach, were thought of as the vehicle that would lead the nation to development and progress, overcoming the handicap of its colonial past. Jawaharlal Nehru proudly proclaimed the dams as the ‘temples of modern India’; the reason being that it would integrate development of agriculture and the village economy with rapid industrialisation and growth of the urban economy.

(i) Which of the following multipurpose projects is found in the Satluj-Beas river basin?
(a) Hirakud project
(b) Damodar Valley Corporation
(c) Bhakra Nangal Project
(d) Rihand Project

(ii) Hirakund dam is built on which river?
(a) Chenab
(b) Mahanadi
(c) Krishna
(d) Satluj

(iii) For which of the following purposes were dams traditionally built?
(a) For generating electricity
(b) For supplying water to industries
(c) For Flood control
(d) To impound river and rain water for irrigation

(iv) Which one of the following is not an adverse effect of dams?
(a) Interstate water disputes
(b) Excessive sedimentation of Reservoir
(c) Displacement of population
(d) Flood control

2. Read the source given below and answer the following questions:

Many thought that given the disadvantages and rising resistance against the multipurpose projects, water harvesting system was a viable alternative, both socio-economically and environmentally. In ancient India, along with the sophisticated hydraulic structures, there existed an extraordinary tradition of water-harvesting system. People had in-depth knowledge of rainfall regimes and soil types and developed wide ranging techniques to harvest rainwater, groundwater, river water and flood water in keeping with the local ecological conditions and their water needs. In hill and mountainous regions, people built diversion channels like the ‘guls’ or ‘kuls’ of the Western Himalayas for agriculture. ‘Rooftop rainwater harvesting’ was commonly practised to store drinking water, particularly in Rajasthan. In the flood plains of Bengal, people developed inundation channels to irrigate their fields. In arid and semi-arid regions, agricultural fields were converted into rain fed storage structures that allowed the water to stand and moisten the soil like the ‘khadins’ in Jaisalmer and ‘Johads’ in other parts of Rajasthan. In the semi-arid and arid regions of Rajasthan, particularly in Bikaner, Phalodi and Barmer, almost all the houses traditionally had underground tanks or tankas for storing drinking water.

(i) Agricultural fields which are used as rainfed storage structures are called:
(a) Kuls
(b) Khadins/Johads
(c) Recharge pits
(d) None of the above

(ii) In which of the following regions, people built ‘Guls’ and ‘Kuls’ for irrigation?
(a) Northern Plains
(b) Western Himalayas
(c) Coastal areas
(d) None of these

(iii) The diversion channels seen in the Western Himalayas are called:
(a) Guls or Kuls
(b) Khadins
(c) Johads
(d) Recharge pits 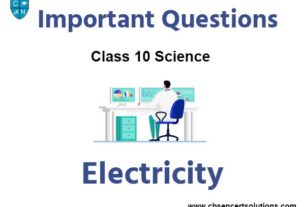 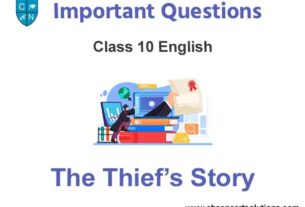 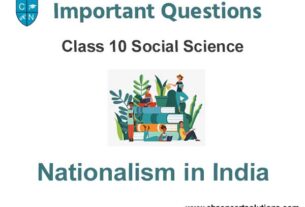