Please refer to Daffodils Summary Summary by William Wordsworth provided below. The summary has been prepared for the chapters given in Class 10 English Books. You will be able to understand the entire chapter by reading the summary below. This following chapter summary has been prepared by expert teachers of Class 10th English. You can refer to more Class 10 English summary of all chapters pdf here.

The poem ‘Daffodils’ is written by the English romantic poet, William Wordsworth. This is one of his best known works of all time. He himself is one of the most influential poets of all time. In 1802 he composed this poem. This poem mainly focuses on the loneliness that the poet is facing after his brother’s death. However, he becomes filled with joy after coming across a view of a field full of golden daffodils. From that view, he received his greatest gift given to him by nature. His depressed heart and mind fills with joy whenever he remembers the daffodils.

Summary of Daffodils by William Wordsworth

This is the critical analysis of this poem. It is not written from the poet’s imagination. It is written by the poet from his actual visualization. The line – “I wandered as a lonely cloud” has expressed the poet’s feelings of solitude. This happened because his brother passed away. He comes across a cluster of golden daffodils when was passing beside a lake through a field. There were thousands of daffodils either scattered or clustered.

Moreover, those yellow, dancing flowers were stretched along the shore endlessly. Beside the flowers the shining waves also danced. The water was traced by the daffodils’ beauty. Like the stars in the Milky Way, the daffodils also stretched and twinkled endlessly. The flowers seemed heavenly like stars. The poet was very happy after seeing the sight as he had never seen so many daffodils in one place. The company of flowers gave him enjoyment.

However, he cannot take his eyes from the beautiful sight. He keeps on staring on the beautifulness and loveliness of the daffodils. The poet was completely unaware of the blessing he would receive from the scene. From that time, the beautiful scene of daffodils would heal him whenever he felt lonely or depressed. As a result, his heart and mind gets immense pleasure from the daffodils and dances with them.

The plot of the poem is very simple and easy to understand. It shows how the poet was wandering and coming across a field of daffodils beside the lake. Also, his memory of the beautiful, dancing daffodils receives him and pleasures him when he is alone, stressed, depressed , bored or is suffering from feelings of restlessness. However, there is a characterization of the surprising happening of a memory – the daffodils “flash upon the inward eye,” which is “the bliss of solitude”. This is a line of psychological acuteness though the poem’s great brilliance lies in the initial stanzas where there is reverse personification of it.

This article of Daffodils speaks that nature and memory are very close and lovable to the hearts of the  romantic poets like Wordsworth. The poem also contains the message which praises the beauty of nature. One will never feel lonely or depressed if one is close to nature and enjoys spending time with it. The greatest blessing or gift to mankind is nature. It can make us lively again and has the power of healing. 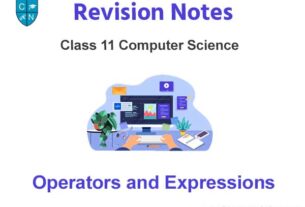 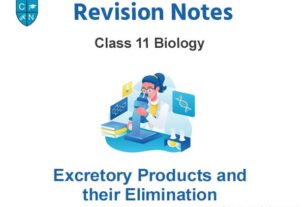 Excretory Products and their Elimination Class 11 Biology Notes and Questions