Please refer to I Know Why The Caged Bird Sings Summary by Maya Angelou provided below. The summary has been prepared for the chapters given in Class 10 English Books. You will be able to understand the entire chapter by reading the summary below. This following chapter summary has been prepared by expert teachers of Class 10th English. You can refer to more Class 10 English summary of all chapters pdf here.

I Know Why The Caged Bird Sings (Summary)

The poem ‘I Know Why The Caged Bird Sings’ is written by Maya Angelou. In this poem, she describes her coming of age (1930s-1940s) as an insecure black girl in the American South and subsequently in California. When she was three years old, her parents divorced. She started to live along with her elder brother with her paternal grandmother.

As young kids, both of them (Maya and her brother) suffered as they were abandoned by their parents. Maya herself was being tormented by the thought of being an ugly, black girl in the group of white girls. Maya was unable to completely recite a poem in the church on one Easter Sunday. She left the church being humiliated, embarrassed and crying.

Maya faces a deep-seated racism while growing up in Stamps. She was ridiculed for wearing daily indignities and terrifying launch mobs. She spends her time watching cotton pickers at work from her Momma’s store. Maya’s father unexpectedly arrives in Stamps when she is eight. He takes Maya and her brother to St. Louis, Missouri to live with their mother, Vivian. Vivian works in gambling parlors and lives a wild life. Her live-in boyfriend, Mr. Freeman sexually molests Maya and rapes her. Mr. Freeman is later murdered after they go to the court by some underground criminal associates of Maya’s family. Maya later endures the shame and guilt of being sexually abused. She denies in the court that Mr. Freeman had molested her prior to rape. For this, she believes that she is responsible for his death. She stops speaking to everyone except her brother. At first everyone took that as her post-rape trauma but later took that as her disrespectful behaviour.

Maya along with her brother returns to Stamps and starts to live with Momma. To regain Maya’s voice, Momma introduces her to Mrs. Bertha Flowers who tells her to read books of literature.

Maya becomes well aware of both strength and fragility of her community during the living years of Stamps. A priest preaches implicitly about the black hypocrisy through his sermon on charity when she attended that. Joe Louis, the heavyweight champion of the boxing competition is the talk of the town as he wins against  his white opponent.

Maya faces several incidents where she has been racially discriminated against. Maya was called ‘Mary’ by a white woman at the age of ten for her own convenience. Her community was also criticized by saying that they could only become athletes or servants. Maya was taken by Momma to the only dentist in Stamps. A white man ridiculed her saying a dog’s tooth can fix her rotten tooth. The last one comes when Maya’s brother encounters a black man rotting and dying in the street and a white man is enjoying the view.

Maya feels home at the age of thirteen when they move to San Francisco after Vivian marries Daddy Clidell, a positive father figure. She became the first black streetcar holder at the age of fifteen. She hides her pregnancy and graduates from school and later becomes a confident mother. 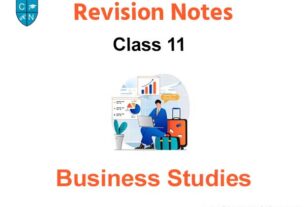 After Blenheim Summary by Robert Southey

Excretory Products and their Elimination Class 11 Biology Notes and Questions