Please refer to Hearts and Hands Summary by O Henry provided below. The summary has been prepared for the chapters given in Class 10 English Books. You will be able to understand the entire chapter by reading the summary below. This following chapter summary has been prepared by expert teachers of Class 10th English. You can refer to more Class 10 English summary of all chapters pdf here.

The story ‘Hearts And Hands’ is written by the American writer, O. Henry. Hearts and hands is full of surprises, endings, gentle humour and conciseness. It shows the compassion towards a convict by his marshal. Appearance can be quite misleading at times. The convict of the story is Mr Easton. He was in front of his old acquaintance Miss Fairchild. He was saved by his marshal from being embarrassed. Though the marshal’s appearance was tough, his behaviour was sympathetic. He also had good human behaviour.

Summary of Hearts and Hands by O. Henry

The background scene  is in a train – eastbound B.M. Express. Miss Fairchild who is an elegantly clothed, pretty luxurious woman meets her old acquaintance whose name is Mr Easton. His right hand is handcuffed so he greets the lady with his left hand. His hand is handcuffed with a man who is glum-faced , heavily built and isroughly dressed.

To see them handcuffed, Miss Fairchild was surprised. The man sitting next to Mr Easton sensed that he was embarrassed. Thus, he comes to rescue him. He explains that he is the convict and Mr Easton is the marshal taking him to the Leavenworth prison. For counterfeiting, he has been sentenced in jail for seven years.

Miss Fairchild started to think ill of his friend. Those words started to comfort her. They continue their conversation after that. Mr Easton tells her that to take up a job of a marshal in the West, he left his luxurious life in Washington. Miss Fairchild wants to get closer to Mr Easton. She seemed to be interested in him. It gets more clear when she mentions that she also loves the west and wants to live there.

Miss Fairchild was totally fascinated by the talks of Mr Easton. But she kept looking at the glittering handcuffs in his hands. She was feeling uncomfortable at the sight. The other man sensed her discomfort and told her that to prevent the prisoners from running away, the marshals handcuff themselves with them. This shows the man is very humble. He saves Mr Easton from the embarrassing situation he was about to face. The man did not care about his own reputation.

However, Mr Easton is being demanded by the other man to take him to the smoker because he has not smoked all day long. As a result, Mr Easton rises and says goodbye to Miss Fairchild leaving from there. In a nearby sit, two passengers were sitting. The entire conversation was being heard by them. One of them says that Mr Easton was too young to hold the post of a marshal. The other one says that never in his life, he has seen an officer handcuffing his right hand with the left hand of the convict. This proves that Mr Easton was the convict. This also proves that in reality the roughly dressed, glum-faced man was the marshal.

We should never judge anyone from their outward appearance. A contrast of prisoner-officer relation is depicted in the story. 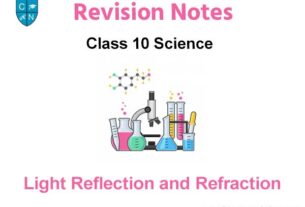 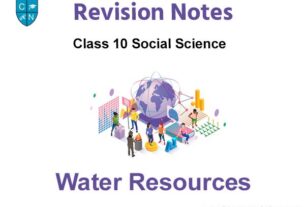 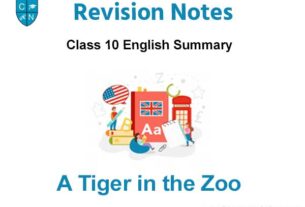 CBSE Class 10 English A Tiger in the Zoo Summary