Students can read the important questions given below for Open Economy Macroeconomics Class 12 Economics. All Open Economy Macroeconomics Class 12 Notes and questions with solutions have been prepared based on the latest syllabus and examination guidelines issued by CBSE, NCERT and KVS. You should read all notes provided by us and Class 12 Economics Important Questions provided for all chapters to get better marks in examinations. Economics Question Bank Class 12 is available on our website for free download in PDF.

Question. Define the term Balance of Trade.
Ans : It refers to the systematic record of visible items in a financial year. In other words, it is the value of imports and exports of commodities i.e. merchandise. If the exports exceed imports, the BOT is said to be favourable, and unfavourable in case of vice versa. Thus, Favourable BOT = Exports receipts > Import payments.

Question. Differentiate between BOP & BOT.
Ans: The term ‘Balance of Payments’ refers to the account of both visible items & invisible items while ‘Balance of Trade’ refers to the record of visible items only. BOT is only one of the components of BOP while the BOP is a wider concept & therefore offers a more comprehensive picture of economic transactions of a country with the rest of the world. Moreover, the BOT may be balanced, deficit or surplus, while BOP as a whole always remain balanced. BOT is a simple statements related to the foreign trade of the country while BOP presents a classified record of all receipts on account of goods exported, services rendered and capital received, and payments made on account of goods imported, services rendered from, and capital transferred to abroad.

Question. State the Items included in BOP account.
Ans : 1. Visible Items include all merchandise imports and exports i.e. the items which are recorded at the port & made of some material.
2. Invisible Items include receipts & payments for the services viz. shipping, banking, insurance, travel etc.; receipts and payments of income on foreign investments; interest on foreign loans & remittances of NRI’s etc; govt’s current expenditure in abroad viz. expenditure on embassies etc.; transfer payments & receipts.
3. Capital transfers include the capital receipts & capital expenditure of a resident country.

Question. Explain the Structure of BOP: BOP account is categorized into Current Account & Capital Account.
Ans: BOP on Current Account refers to transactions related to goods, services, income on investments & unilateral transfers. BOP on current account reveals the net income of the country generated in abroad. Both visible & invisible items include constitute the current account of BOP. It need not always be in balance. It may show a surplus or deficit. It represents the difference between payments & receipts of currently produced & consumed goods & services. A deficit in current account indicates lowering down the level of income, creating problem of the payments to the foreigners & have adverse impact on country’s exchange reserves, & may increase external borrowings.

The components of BOP on current account are:
1) Visible trade includes the export and import of the physical goods
2) Invisible items include cost of non-factor services; investment income, & unilateral transfers.
(i) The non-factor services include transportation, finance, tour & travel etc. The services rendered by the resident country to the ROW are recorded on the credit side, while the services rendered by the foreigners for the resident country are recorded on the debit side.
(ii) Income on investment includes interest payments on foreign loans & credits, transfer of profits & miscellaneous for patents, royalties etc. The interest & dividend payments made by the foreigners are recorded on the credit side, and vice versa.
(iii) Unilateral Payments includes foreign gifts & grants, donations, military aid, technical assistance etc. These are also referred to as unrequired transfers. These refer to those receipts or payments which take place without getting anything in return. These transfers are further classified into Official & Private transfer payments. Official unilateral transfers are the foreign donations & aids, while Private transfers refer to the gifts & donations from foreign residents to the domestic residents & vice versa. Payments of these transfers are recorded as debit & receipts are recorded as credit. Thus, the balance of visible trade, invisible trade & unilateral transfers is recorded as BOP on current account.

Question. Differentiate between Autonomous & Accommodating Items.
Ans: Items in the BOP account can be also classified into two categories viz. Autonomous or above the line items and Accommodating or below the line items.
Autonomous items refer to those items which are taken with the motive of profit maximization. These transactions are not related to the country’s BOP position. It is, therefore, these items are called as autonomous items. These items are taken as first items before calculating deficit or surplus in BOP account, therefore these items are called as above the line items. If the receipts from autonomous items exceed the payments for autonomous items; the BOP is called to be as surplus, and vice versa. It implies that the resident country has net claims against the ROW. On the other hand, if the payments for hese items exceed the receipts from these items, it implies that the ROW has some net claims against the resident country.
Accommodating items refer to those items which are undertaken by the govt. to keep the BOP balanced. These items are transacted when a country faces disequilibrium in the BOP. Through these transactions, the govt. or monetary authorities settle the deficit or surplus in the BOP.

Question. State the causes for disequilibrium in BOP.
Ans: Disequilibrium in BOP may be due to the following reasons:
Economic Factors viz. Cyclical fluctuations, huge public expenditure on development projects, hike in inflation which induces large imports of essential goods, development of import substitutes, change in cost structure of the trading partner countries etc; Demonstration effect which implies the effect of developed countries on the lifestyle & consumption pattern of the less developed countries which leads to rise in imports; Political instability which may lead to large scale capital outflow; Social factors viz. changes in the social structure & norms which may affect the propensity to consume, comforts & exports; etc.

Question. Differentiate between Depreciation and Devaluation.
Ans : Depreciation means decline in external value of a domestic currency in relation to a foreign currency, while the term devaluation also mean the same. But the difference is that depreciation takes place due to the outcome of changes in the market forces i.e increase in demand or decrease in supply of foreign exchange, while devaluation means a deliberate action taken by the Govt. in order to correct its deficit BOP by discouragingimports & encouraging exports which will increase the inflow & reduce the outflow of foreign exchange. Thus, depreciation is the part of flexible exchange rate system while devaluation is the part of fixed exchange rate system.

Question. How do we finance the deficit on current account BOP in case officially reserves with the RBI are not moved?
Ans. We are left with on two alternatives only:1. We borrow from rest of the world; 2. We sell  our assets (financial assets like stock and bonds, and physical assets (like plant and machinery) to rest of the world.

Question. Define the term Foreign Exchange Rate.
Ans : It refers to the rate at which one unit of currency of a country is exchanged for the currency of other country. In other words, it is the price of one currency in terms of another currency.

Question. Define the term Foreign Exchange Market.
Ans : It refers to the place where foreign currencies are bought & sold. It acts to transfer the purchasing power between the countries (transfer function); provides credit for international trade (credit function); make provision for hedging facilities i.e. protection against the risk related to variations in forex rate (hedging function).

Question. What are the Sources of Supply of foreign exchange?
Ans : These are the export of goods & services; investments by ROW in the resident country; receiving gifts, donations & grants from the ROW; remittances by the non-residents from the ROW; direct purchase made by the non-residents in the domestic country; other receipts involved in international transactions etc. The supply of foreign exchange is directly related to the exchange rate.

Question. Explain the role of Central Bank during depreciation.
Ans : Due to depreciation, the price of imports rises due to which the price of essential products viz crude oil rises which leads to increase in petroleum prices & further which leads to inflation in the economy. The central Bank can resolve this under the managed floating system. The Central Bank will release more of dollars in the market & reduce the supply of INR. Consequently, the supply of dollars rises which leads to reduce its price, & on the other hand, the value of INR rises due to decline in availability. This process leads the exchange rate back to its original one later. Due to this act, the managed floating is also known as dirty floating. 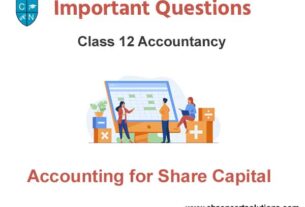 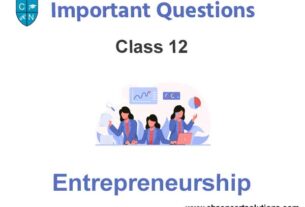 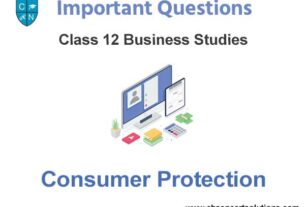