Please refer to Old Man at the Bridge Summary by Ernest Miller Hemingway provided below. The summary has been prepared for the chapters given in Class 10 English Books. You will be able to understand the entire chapter by reading the summary below. This following chapter summary has been prepared by expert teachers of Class 10th English. You can refer to more Class 10 English summary of all chapters pdf here.

Old Man At The Bridge (Summary)

The poem ‘Old Man At The Bridge’ is written by Ernest Hemingway. At the age of seventeen, he started his career as a journalist. He joined a volunteer ambulance unit in the Italian Army during the First World War. He later started writing fiction after being wounded in the war and laying down in hospital for months. His fictions are mainly gloomy and pessimistic.

Summary Old Man at the Bridge by Ernest Miller Hemingway

Here we get to see the scenario during the Spanish Civil War at a pontoon bridge near the Ebro Delta on the day of Easter Sunday. They anticipated the enemy attack and the area was being evaluated. To save themselves, the civilians were crossing the bridge. Being a young army officer, the narrator got the duty to look for the enemy’s advancement. He saw an old man sitting by the roadside and not crossing the bridge. The man wore very dusty clothes and steel framed spectacles. The old man is the protagonist of the story.

Across the bridge, the officer is constantly keeping a watch. He keeps a look on the people and the bridge. He observes that on the bridge, the people and the cart keeps on reducing. Finally, he approaches the old man with dusty clothes and spectacles. Then he questions him about him. The old man answers the narrator by saying that just now he travelled two kilometers. He has travelled from his village of San Carlos. Now, he cannot walk any further as he is extremely tired. He further tells the narrator that he was the last man to leave his village. In his village, he had a duty to take care of his animals. His animals consisted of two goats, a cat and four pairs of pigeons. He was very anxious of his animals as they were his one and only family. He was not very tense about his cat. According to his opinion, cats can look after themselves very well so his cat will be fine on his leaving. But he is not confident about his other animals. He doesn’t know what will happen to his pigeons and goats.

The narrator here is nervously waiting for the arrival of the enemy. The narrator, being concerned for the old man’s safety, advises the old man to get up and walk the road. There he can catch a ride on a truck to go to Barcelona. But the old man tells him that he cannot travel any further. He has already travelled a lot and is seventy six years old. Moreover, he is more concerned about the safety of his animals.

The narrator assures him saying that his animals will be alright. The old man worries about the goat as the pigeons will fly away. He trues not to worry about goats. He makes an effort but fails due to exhaustion. Here the story ends while the narrator is thinking that the cats are the only luck of the old man. Due to overcast, the facist couldn’t launch the planes. 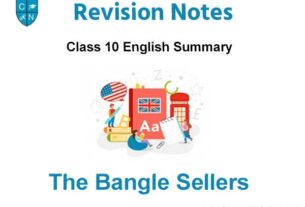 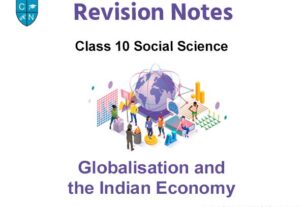